One of the main revolutions that took place in Western cultures in the 20th century is the breaking down of the boundaries between so-called high culture and popular culture. Take Hagia Sophia, for instance: 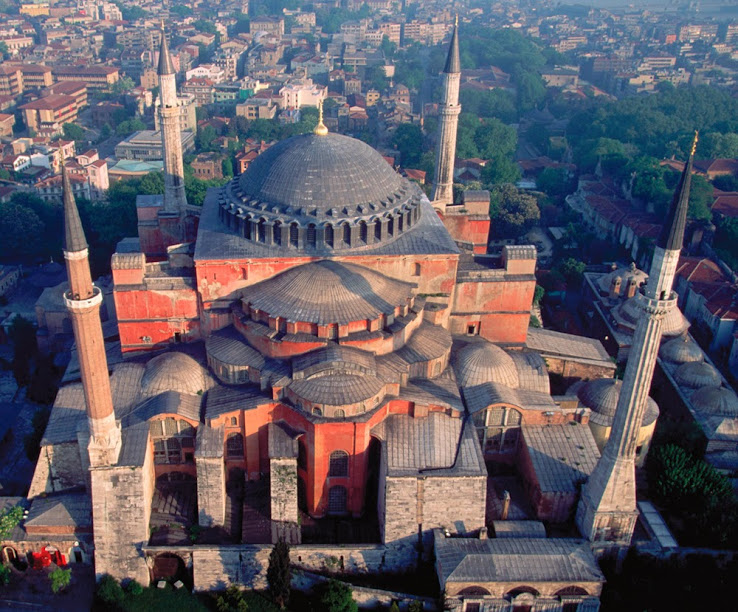 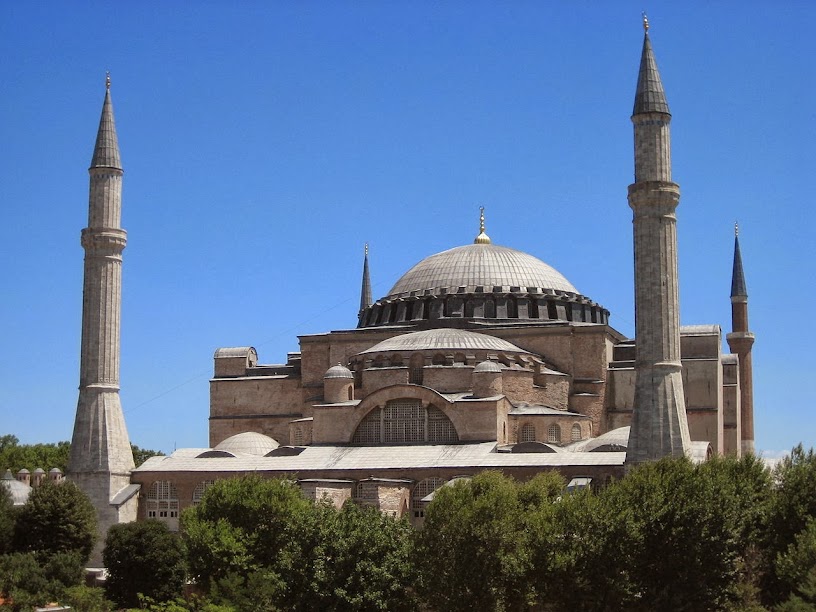 Hagia Sophia was built in the early 6th century in Constantinople, the city that is Istanbul today and that was first known as Byzantium. The building spent over 900 years as a Greek Orthodox church, with a brief conversion to a Roman Catholic church in the first half of the 13th century.

In 1453, when Constantinople was conquered by the Ottoman Turks, Hagia Sophia became a mosque, with the addition of the required minarets, the tall and thin towers from which the faithful are called to prayer. In 1935, a few years after Constantinople was renamed Istanbul, Hagia Sophia was converted into a museum that preserves the architectural and religious wonders of its rich history, including a spectacular interior: Hagia Sophia inspired architects and artists alike. They tried to capture some of its magic, as John Singer Sargent did when he painted the golden light he saw inside one morning: 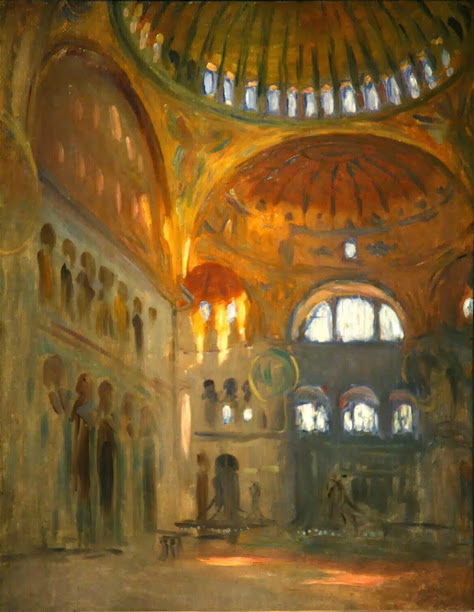 However, Hagia Sophia did not only inspire so-called high culture. As a matter of fact, it is also the main inspiration for the architecture of a city seen in Star Wars — Naboo:

As inspiration flows back and forth between the two ends of the spectrum of so-called high and popular forms of cultural expression, one thing is for sure — cultural creativity has never been more inclusive, or more inspired.