Nike - The Goddess Of Victory

Nike is now mostly known as a famous sports brand, but in ancient times the Goddess Nike was the “goddess of victory,” both in war and sports. The Greeks called her Nike, and the Romans called her Victoria.

The Louvre in Paris has her most famous representation, which returned to public view this summer after almost one year of cleaning: 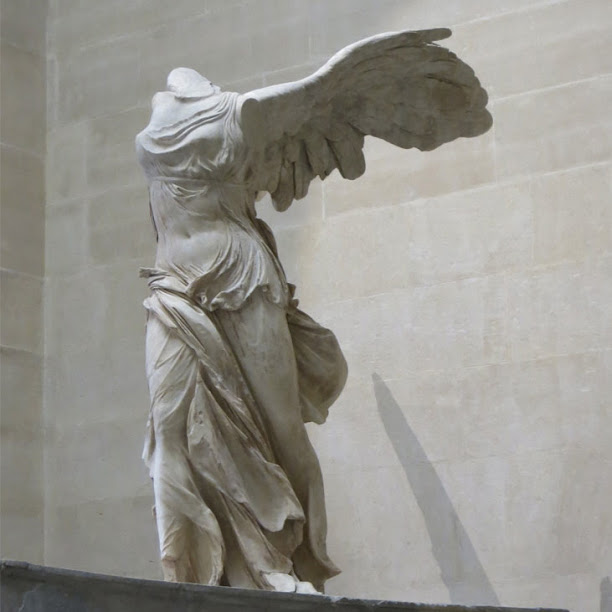 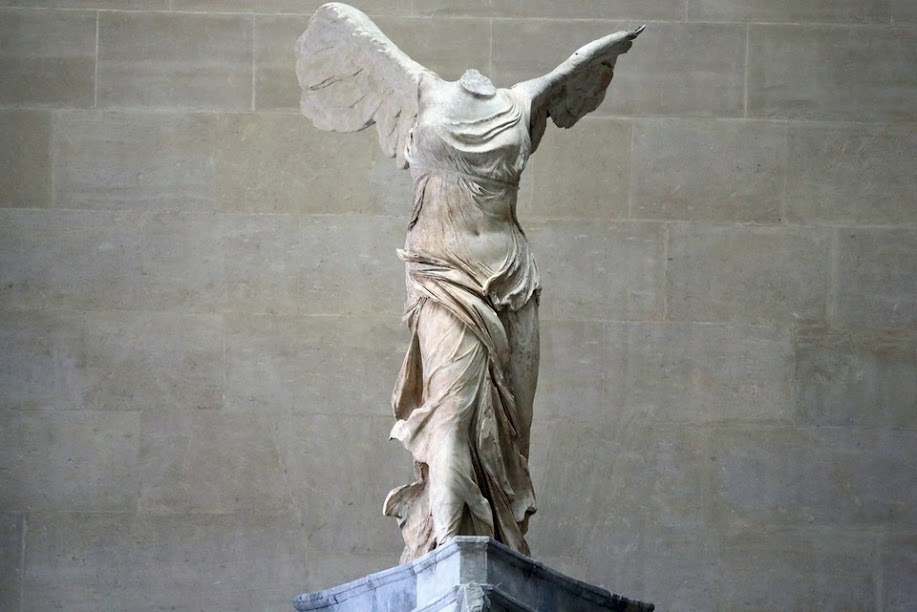 Nike can also be seen on many Greek vases: 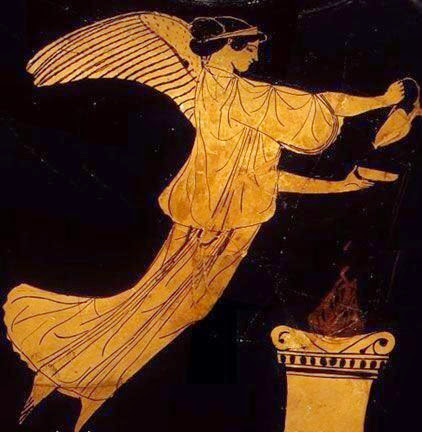 Detail of vase with “Nike Pouring a Libation at an Altar,” c.470 BC, Tampa Museum of Art — Source: theoi.com 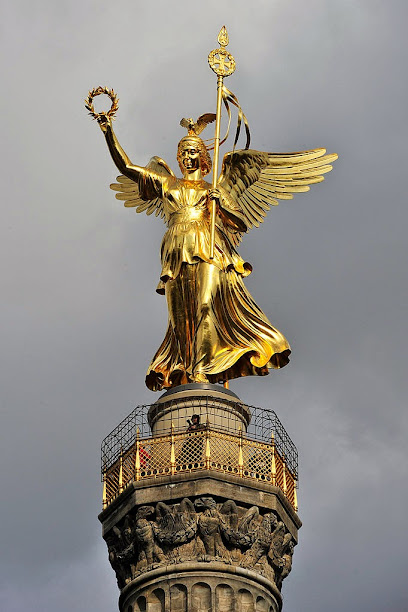 Because she represents speed and victory, Nike has inspired many logos, including the “swoosh” of the sports brand that bears her name, which is a stylized drawing of her wing, and the “Spirit of Ecstasy” figure on the hood of Rolls-Royce cars, which is based on the Louvre statue. 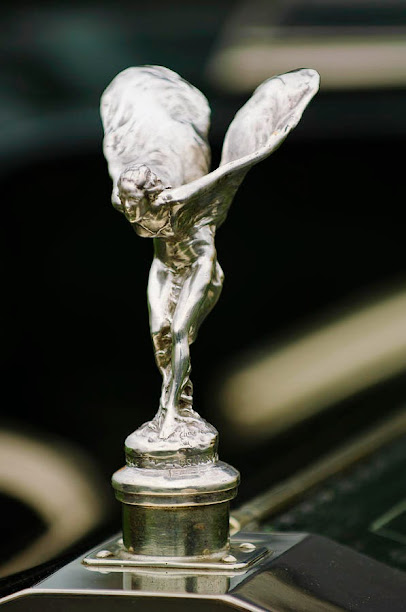 Nike The Goddess is also the origin of many first names, such as Nicholas and Nicole, Veronica, Victoria, and all their variations.

So if you see an image or statue representing a winged female figure holding a laurel wreath, it’s probably Nike, the goddess of victory, whose name survives in many forms.