Before photography and the Internet, knowledge of art collections spread through art itself, as collectors and artists collaborated to show their worth, especially in painting. This resulted in a genre of paintings about galleries of paintings, which was popular in the 17th and 18 centuries. 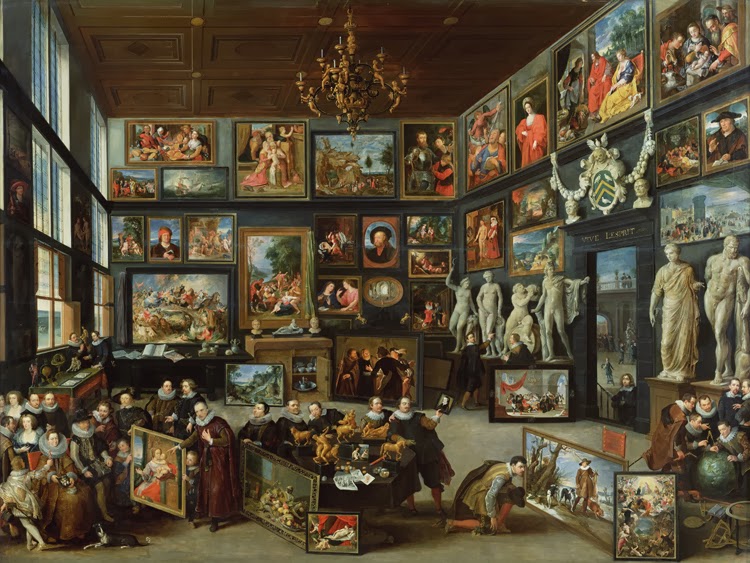 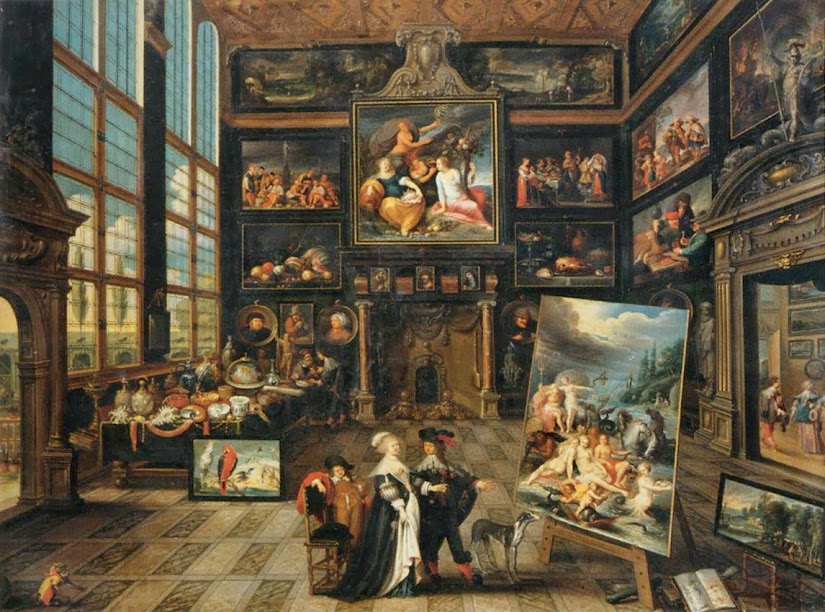 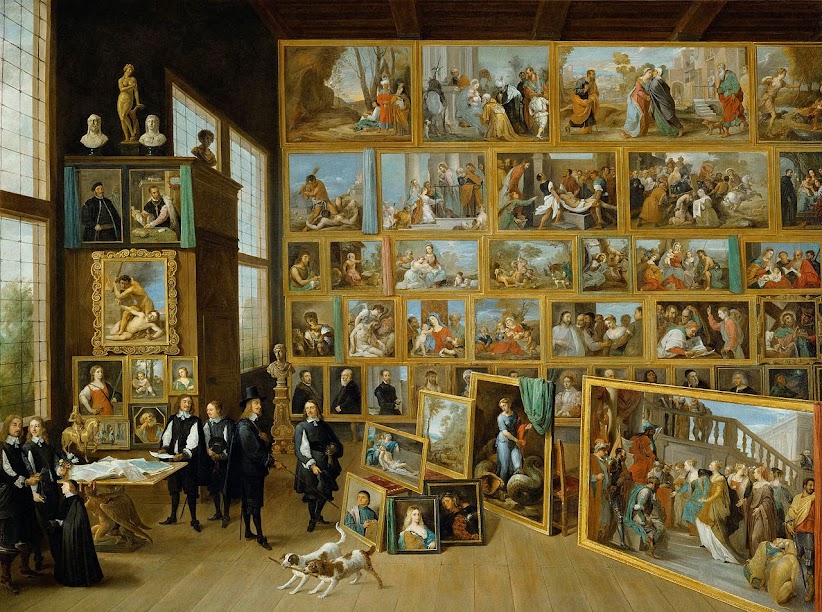 One of the last projects in this genre was Samuel Morse’s Gallery of the Louvre. Yes, that Samuel Morse, the one who invented the telegraph and the Morse code. He actually was an accomplished painter as well as an inventor. With this ambitious project, he wanted to bring the best of the Louvre to America, including Leonardo da Vinci’s Mona Lisa, which can be seen in the bottom row on the right side of the door: 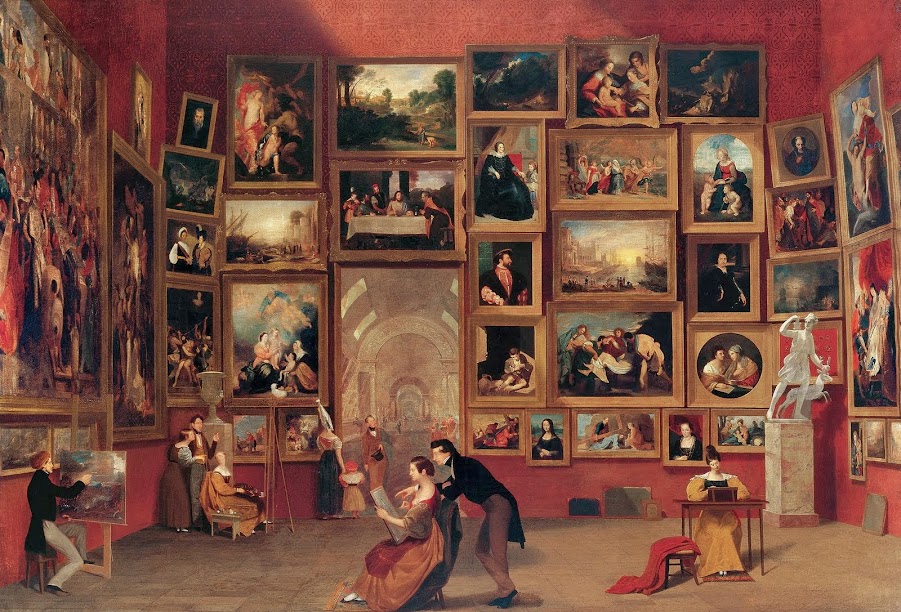 Samuel Morse, Gallery of the Louvre, 1831-33, Terra Foundation for the Arts, Chicago

Other examples of paintings with works of art feature both real and imaginary ones: 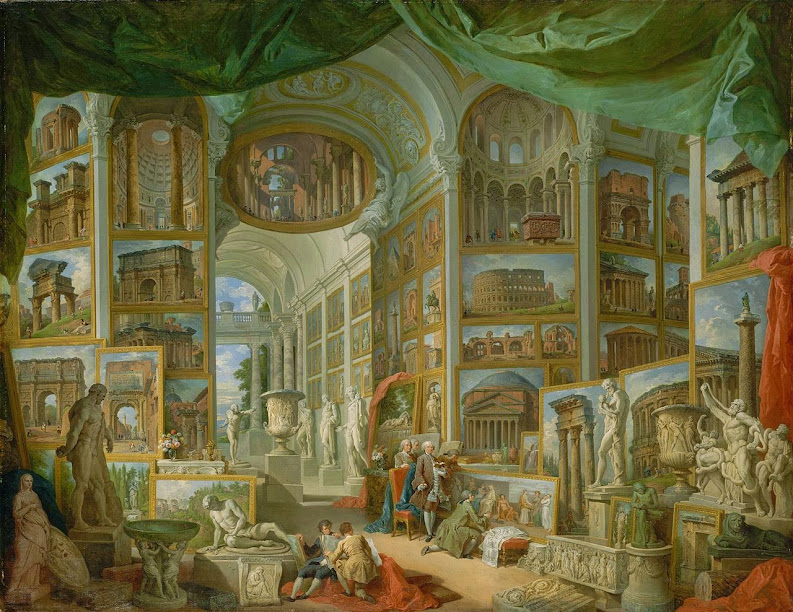 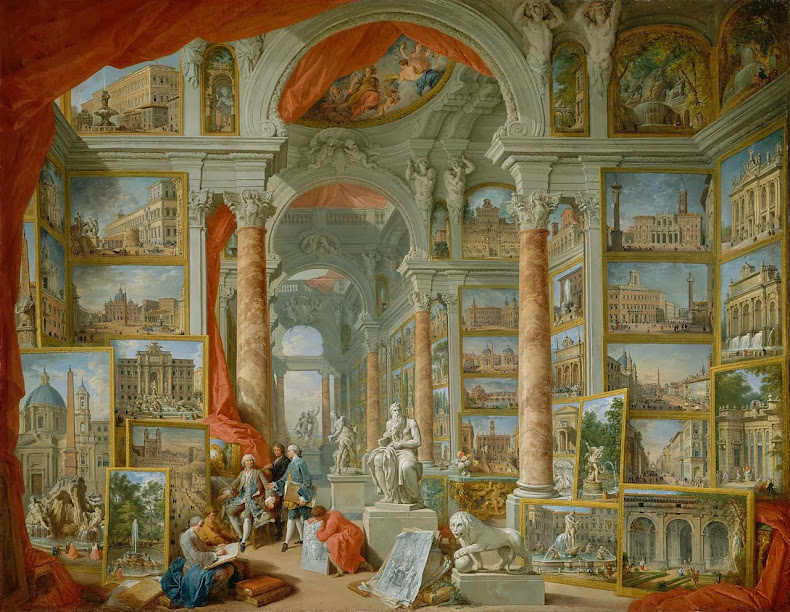 In these two works, the painted sculptures do exist in Rome, but the paintings do not. They are different views of famous Roman buildings that were specifically created by Panini for this series on views of Rome. They cannot be seen anywhere else.

The genre of paintings of paintings disappeared in the 19th century, but the commentary of painters on their art did not. In a way, it was just beginning. With Modern Art around the corner, painting was about to be questioned like never before.