Representing the world in a realistic way has been a human obsession since cavemen put hand to rock and produced the first pieces of cave art over 30,000 years ago. As we move into the age of ultra-high-definition television screens and the potential for life-like 3D without glasses, let’s take a look at one of the major steps forward taken by artists on the road to a perfect imitation of the world.

In the early 15th century, Renaissance art revolutionized our representation of the world by embracing three key innovations.

The first is a way of giving the illusion of three-dimensional space with realistic depth. The technique, now known as linear perspective, may have been familiar to the Ancient Greeks and Romans, but there is no evidence of its use in their art. Before the 1300s, space in western art is essentially flat, or unrealistic: 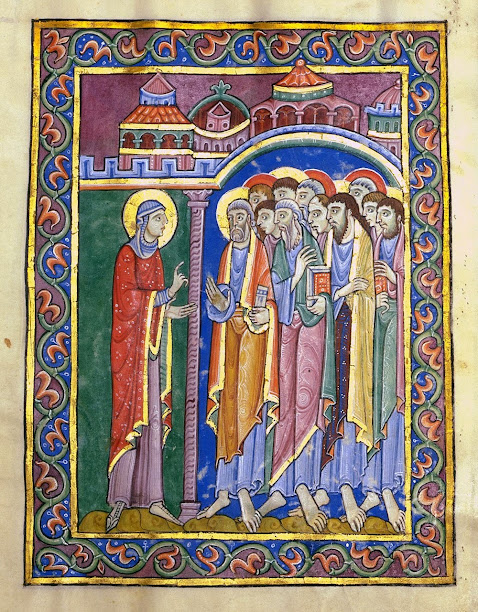 The 1300s are a phase of transition after which, in 1420 in Florence, architect Filippo Brunelleschi discovers the correct way of representing space on a flat surface, and in 1435 Alberti publishes a painting manual explaining to other artists how to do it, which gives us this kind of work: 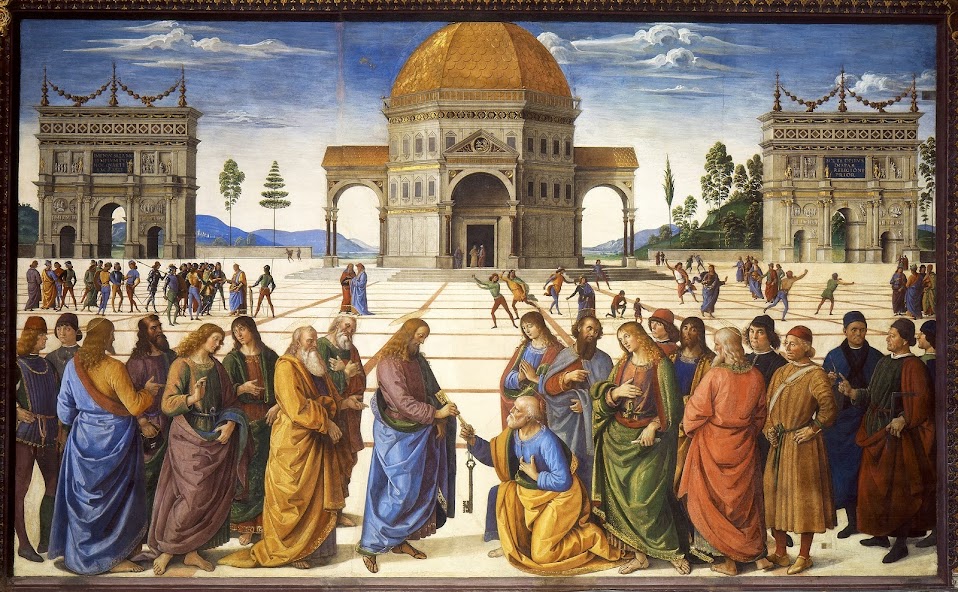 A foreground, middle ground and background, with the perfect illusion of depth, based on the geometry of Alberti’s model:

The mastery of perspective also allows for the representation of unique viewpoints, including the illusion of looking at a scene from below, as illustrated by Titian’s ceiling paintings from the 1540s, which are kept in the Santa Maria della Salute church in Venice: 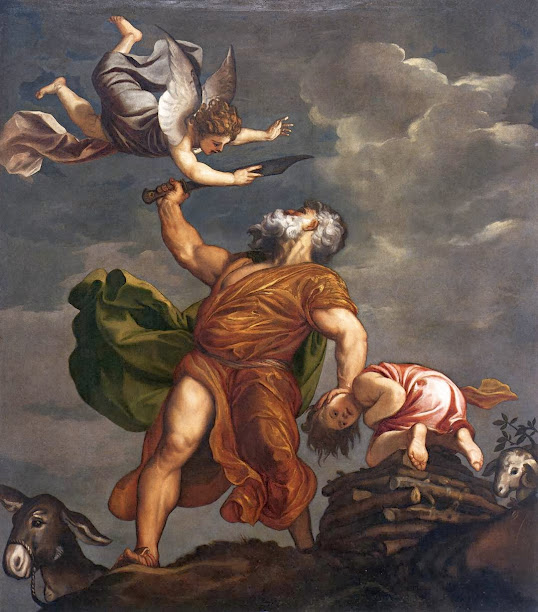 The second innovation is a more accurate representation of light and shadows, which allows artists to create the illusion of volume and texture. A good example is the turban in this 1433 portrait by van Eyck, which can be seen in London’s National Gallery: 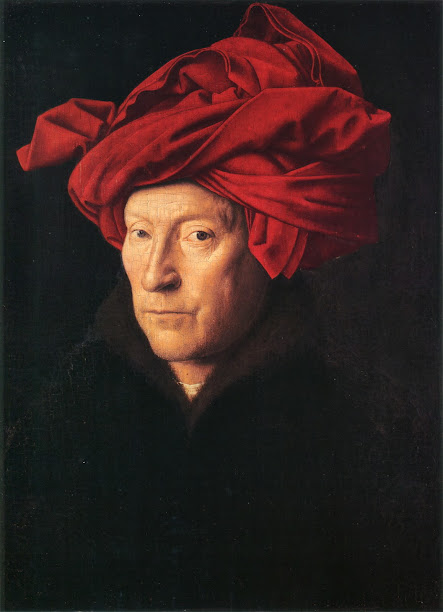 The most striking development coming from this innovation is chiaroscuro, or strong contrast between light and darkness. One of the most dramatic examples of this technique can be found in Caravaggio’s paintings: 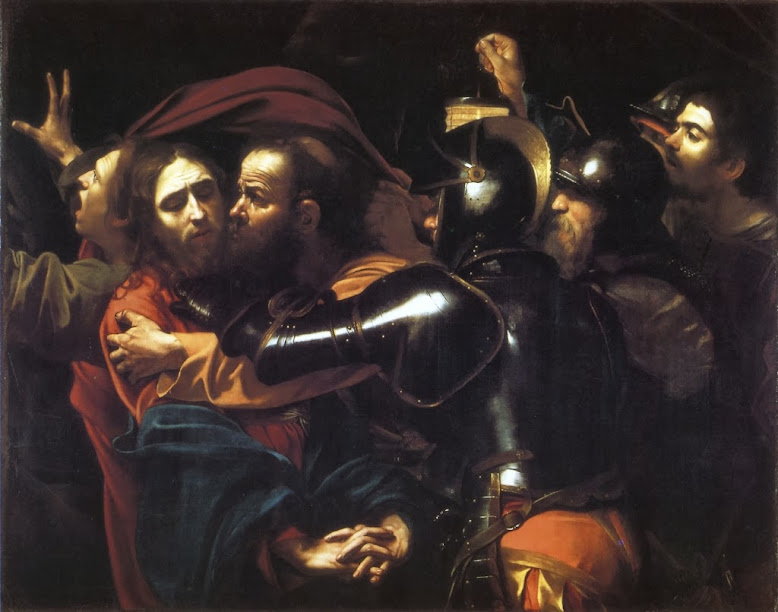 Caravaggio, The Taking of Christ (1602), National Gallery of Ireland, Dublin

The third innovation is in the medium, in what the painters use. In the Middle Ages and Early Renaissance, most western painting is done on wood with tempera, which refers to color pigments mixed with natural glue-like substances such as honey or egg yolk, which can be dissolved in water. 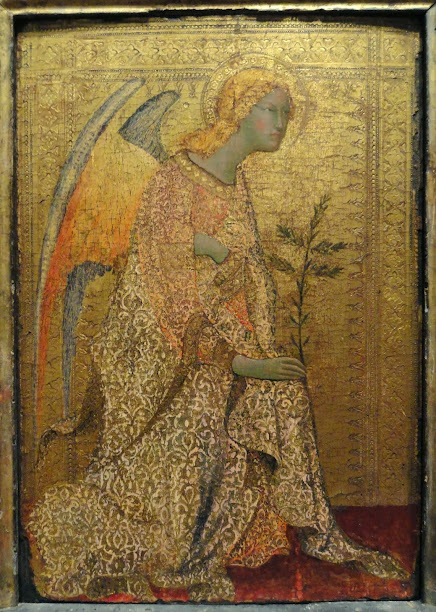 In the 15th century in the Netherlands, a different technique of mixing color pigments, invented in Central Asia earlier, is mastered. Oil paint. Mixing the pigments with oil, which cannot be dissolved in water, can give brighter, more intense colors. Raphael’s work in oil is a case in point: 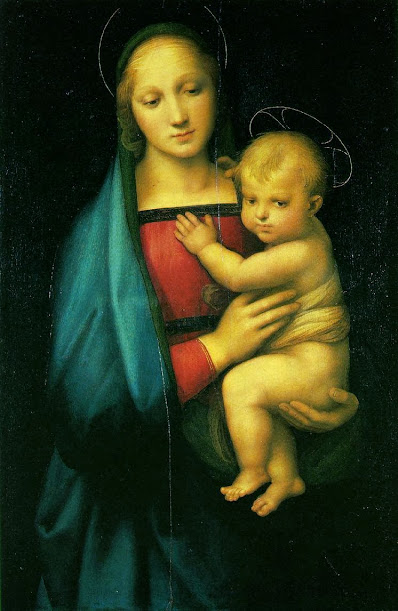 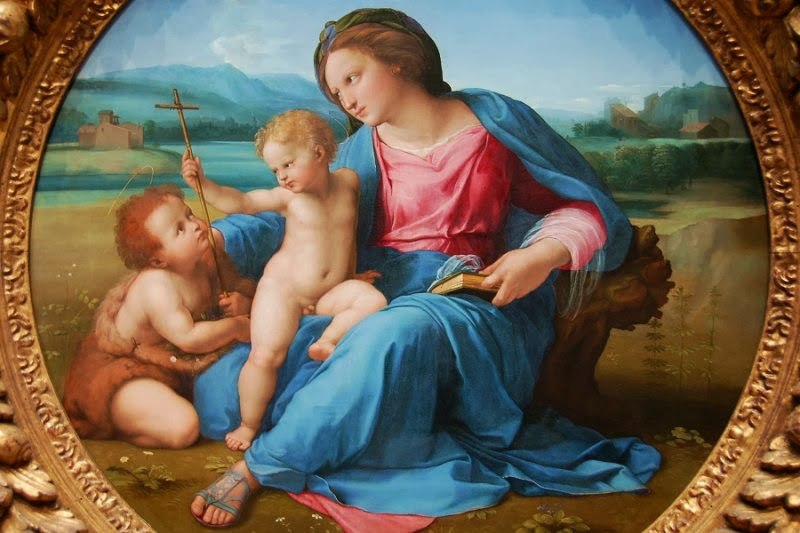 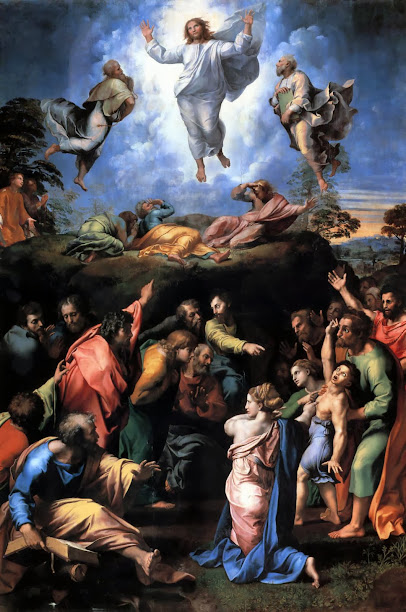 Linear perspective, accurate light and shadows, and brighter colors through oil paint combine to give a degree of realism never seen before in the West. Add to that the move away from wood to canvas, and you have the basis of the Renaissance art revolution.