The Lady with a Wheel

Not all ancient gods and goddesses disappeared with the spread of Christianity in the West. In fact, there is one that continued to be represented throughout the Middle Ages and beyond the Renaissance, one we still refer to today. That goddess is Fortune.

Her Ancient Greek name was Tyche, and her Roman name Fortuna, which is the source of the word “fortune” in many European languages, including English. She was also known as Lady Fortune and is still referred to as Lady Luck, especially by gamblers. 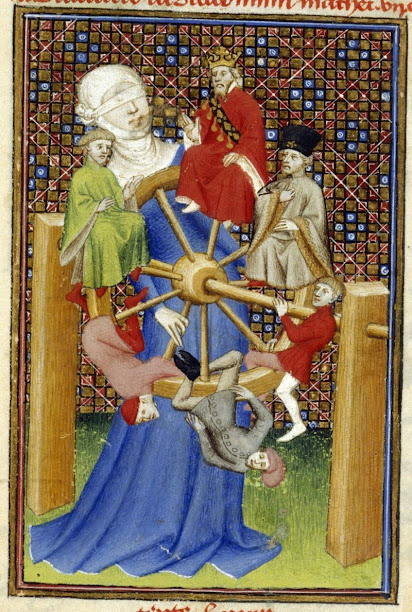 Since Ancient Roman times, Fortuna has been associated with a wheel, which represents the changeable nature of chance. As she turns the wheel at random, some are carried up, all the way to the top where one becomes a King or Queen, but even Kings and Queens must fall: 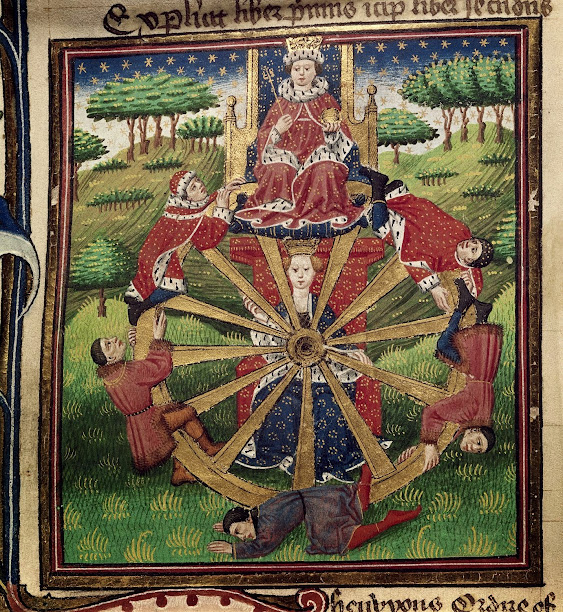 Fortune was often, but not always, represented with a blindfold over her eyes, to suggest that she does not discriminate and that she distributes both good luck and bad luck equally. 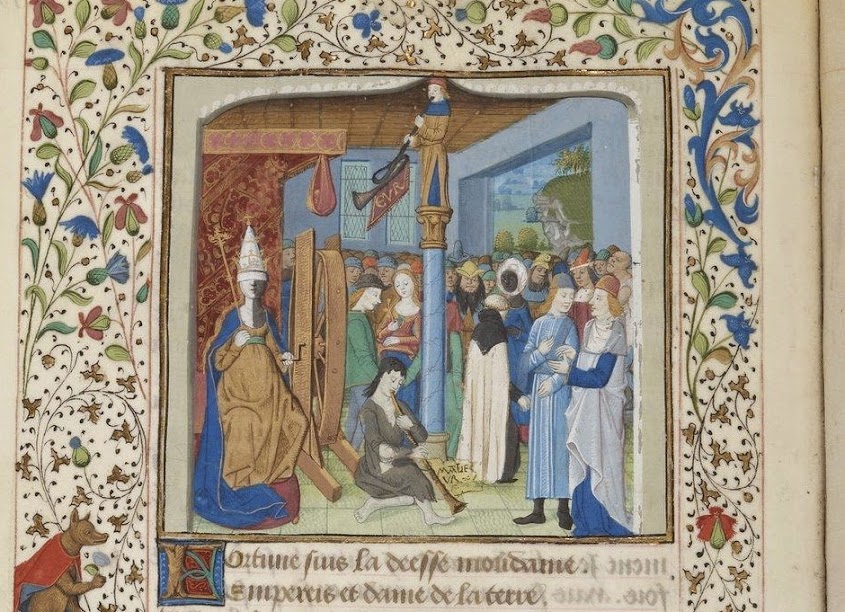 The Goddess of Luck is also often represented with a ball, sometimes even standing on it, showing that things can roll in any direction at any time: 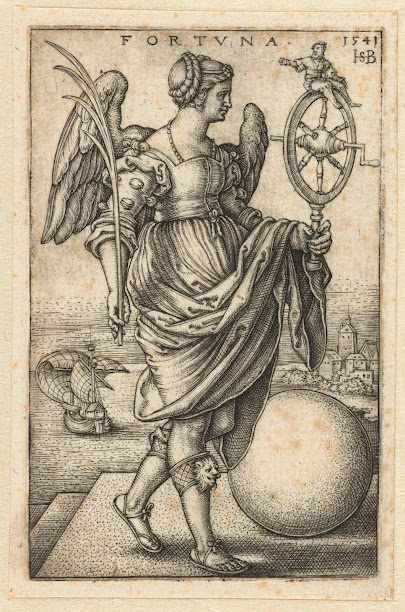 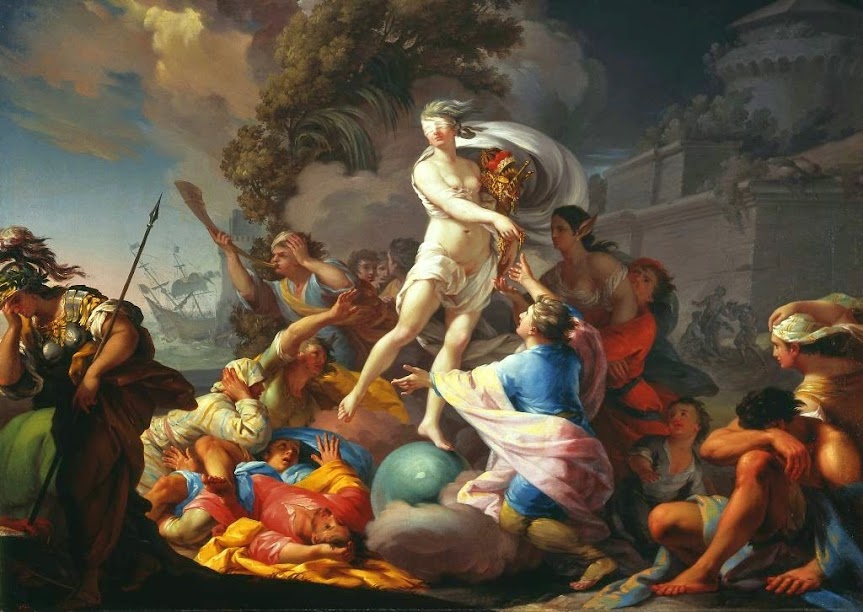 In time, she naturally came to be associated with gambling and games of chance. Her nickname was even the name of a casino in Las Vegas from 1964 to 2006:

And yes, the game show Wheel of Fortune is named after Fortuna’s wheel, which must have brought it good luck, as the show has been running in the US since 1975.

Most civilizations in the world have their own idea about how luck works. The Western one happens to be a blindfolded lady spinning a wheel at random.