What Nature in Art Reveals

A nation’s character is both shaped and revealed by its relation to nature. Nowhere is this clearer than in the contrasting perceptions and representations of nature in British and American landscape painting. Take a look at these works by one of Britain’s most famous and popular landscape painters, John Constable: 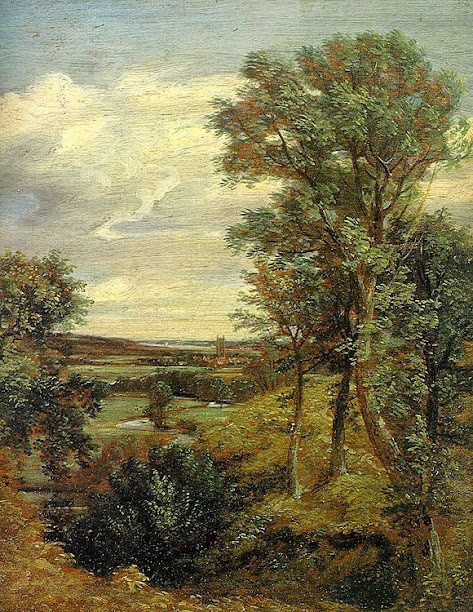 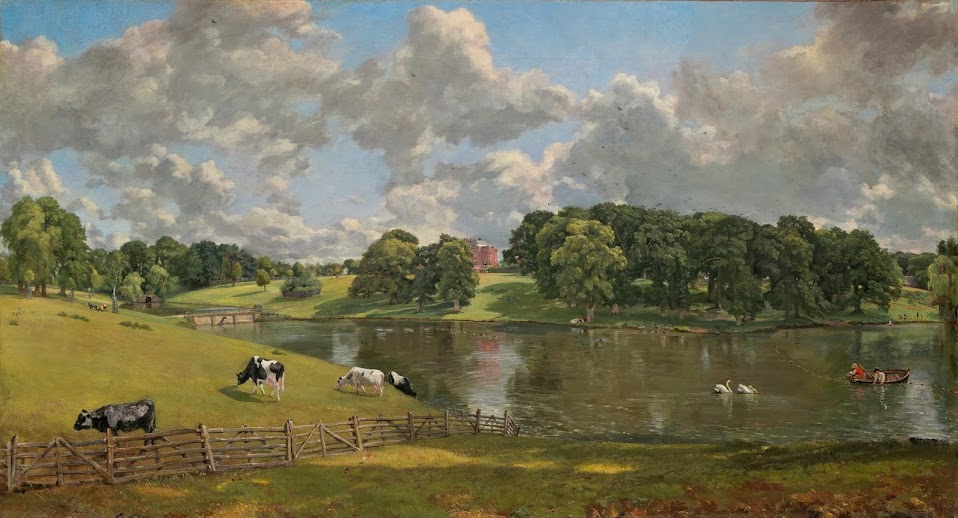 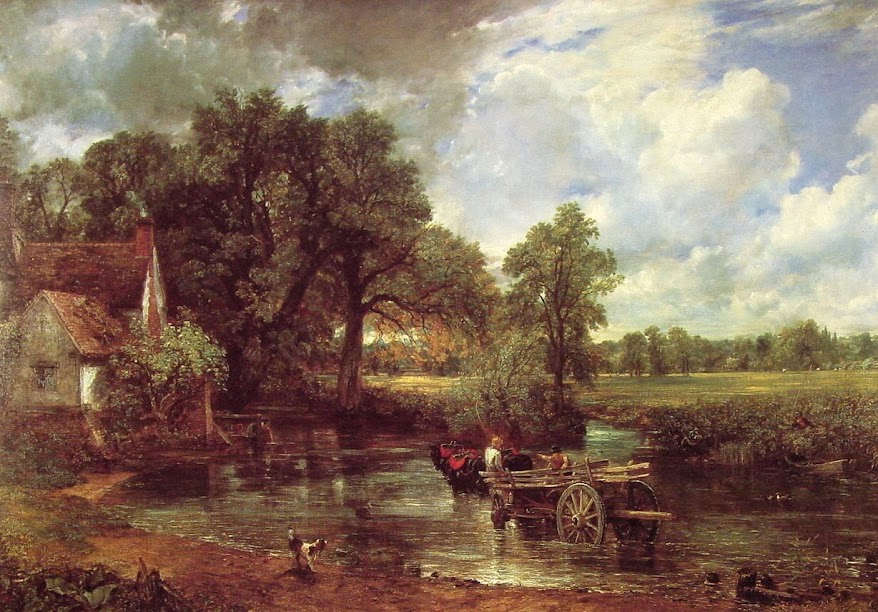 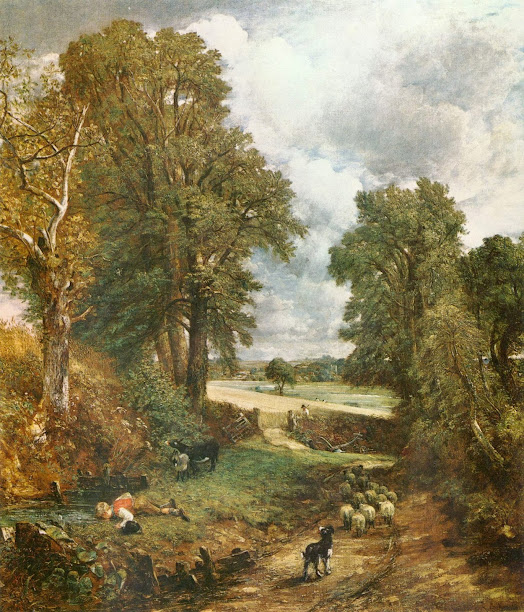 There is nothing threatening here. Nature is close and familiar. These are simple domestic scenes that convey a strong sense of homeliness and attachment to place.

Now take a look at these American landscapes by Albert Bierstadt: 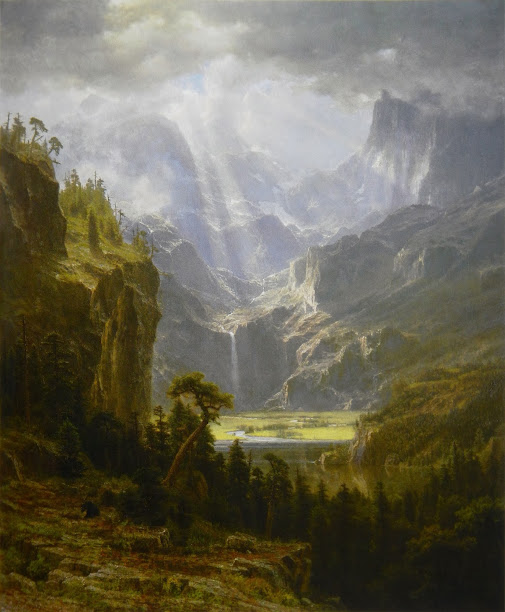 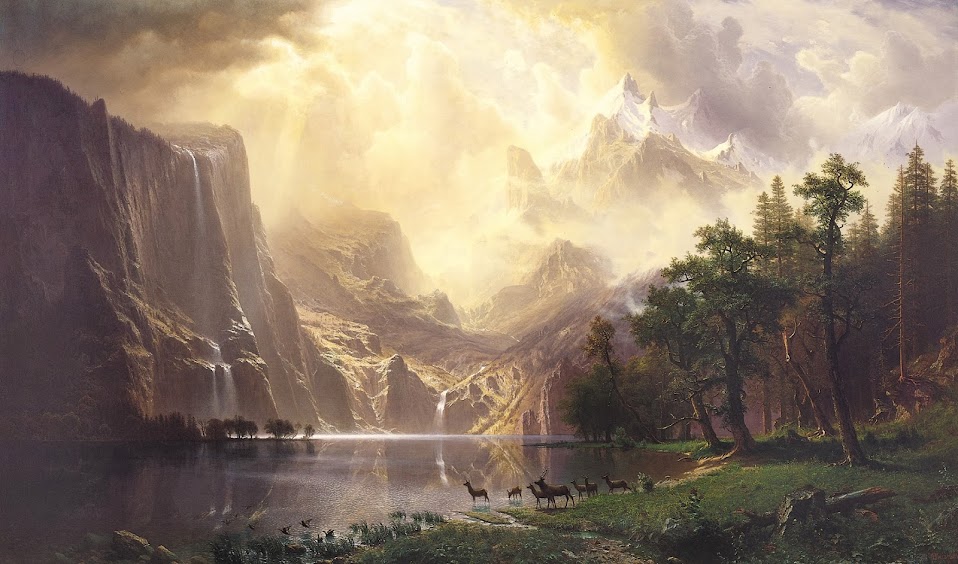 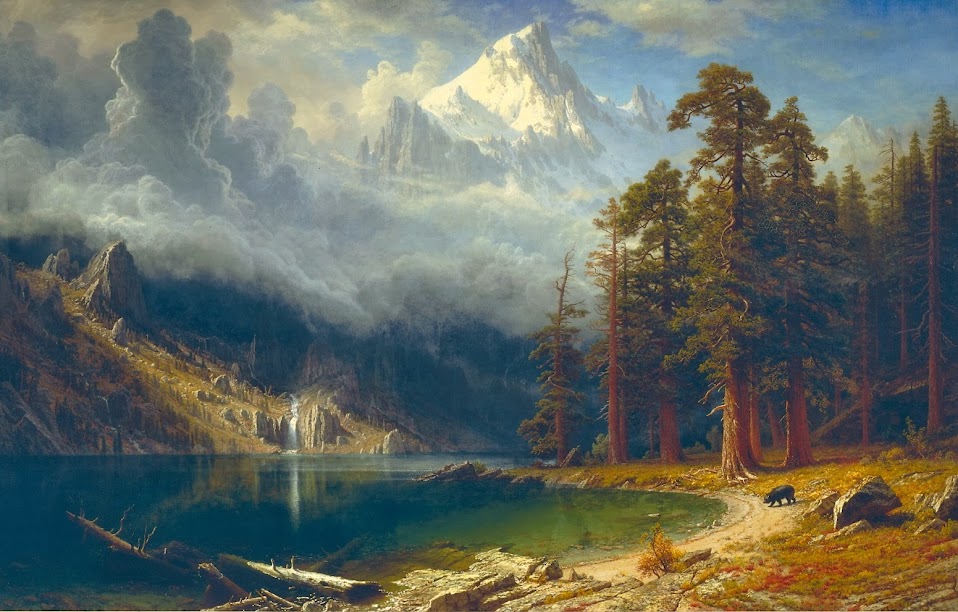 There is nothing tame here. Nature is wild and overwhelming. Significantly, there is no human presence. When there is, it is dwarfed by a nature that is still to be conquered: 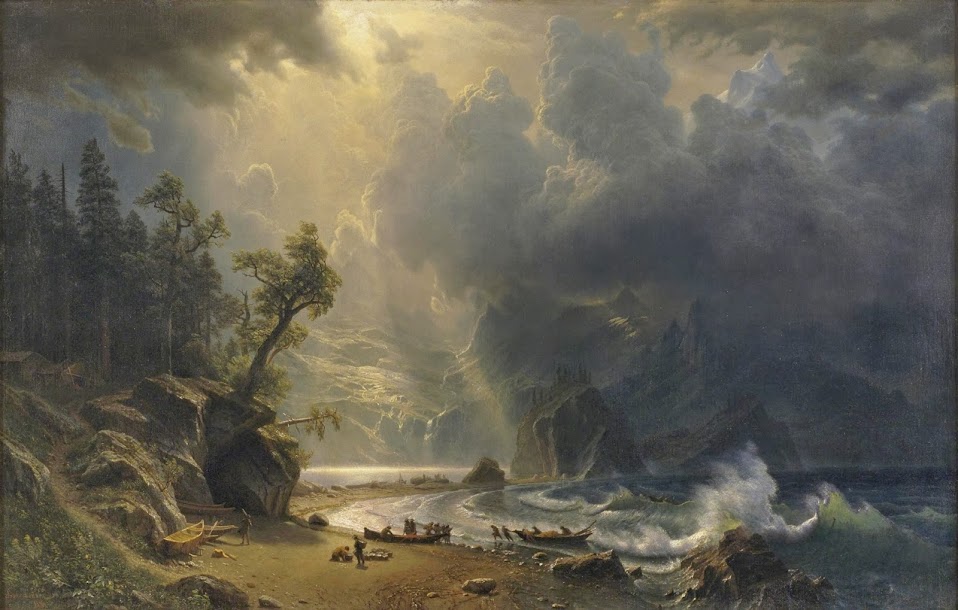 British painters, such as J.M.W. Turner, also tackled wild, sublime scenes. Those landscapes, however, are rarely on British land, but rather in the Alps or at sea.

So when you look at landscape painting, think not only about the celebration of local natural beauty, about the light, the brushwork and atmospheric effects. Also think about the way nature is represented and what it says about national identity, about the way the nation represents itself through its relation to nature, which both shapes and reveals its character.