From a great snake to a sign from God, the rainbow is one of the most varied natural symbols in cultures worldwide. In European and North American cultures, however, the rainbow has a common function that is found in Scandinavian mythology, Greek and Roman mythology, as well as Judeo-Christian traditions. That function is to connect. More specifically, to connect the human world with the world of gods.

In Scandinavian mythology, the bridge that connects Asgard, home of the gods, with the Earth is a rainbow that can only be crossed by gods or the souls of those who died bravely in battle. Described as having only three colors in the 13th century poetic Eddas, the Bifröst is now commonly thought of as a complete rainbow: 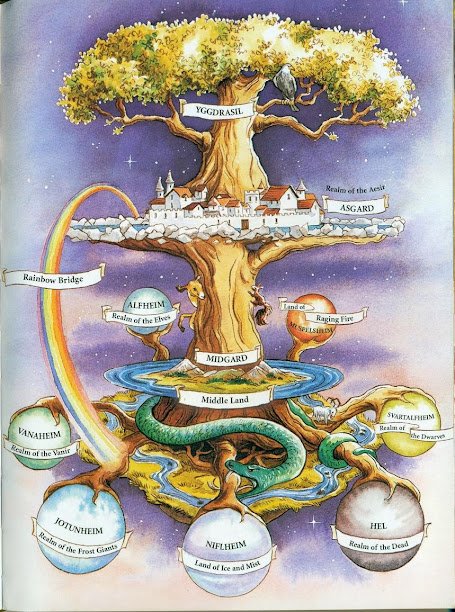 In Ancient Greek and Roman mythology, the rainbow is associated with the goddess Iris, whose main function is to deliver the gods’ messages to humans and other gods. Depending on sources and times, Iris is described as having golden wings and rainbow-colored robes, or rainbow-colored wings, or leaving behind her a rainbow as a sign of her passage.

Iris’s name used to be the word for “rainbow” in many languages and still is in some. In Spanish, for instance, the word for rainbow is “arcoiris.” Her name is also still used as the basis of words that describe rainbow-like effects, such as “iridescence.” Descriptions of Iris therefore often include shimmery wings or a rainbow, to clearly show who she is, including in Disney animation: 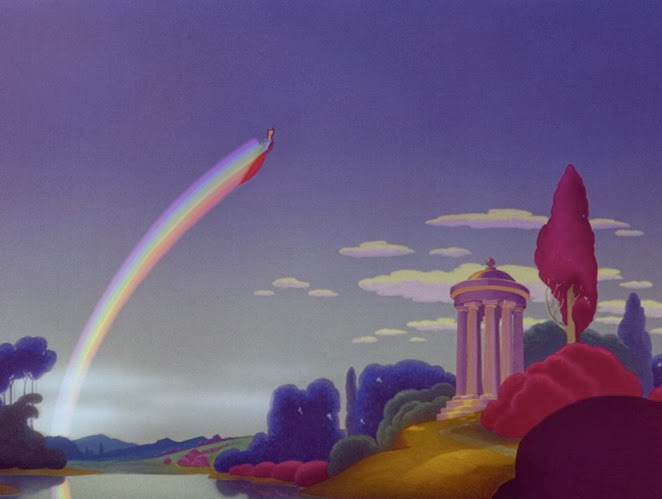 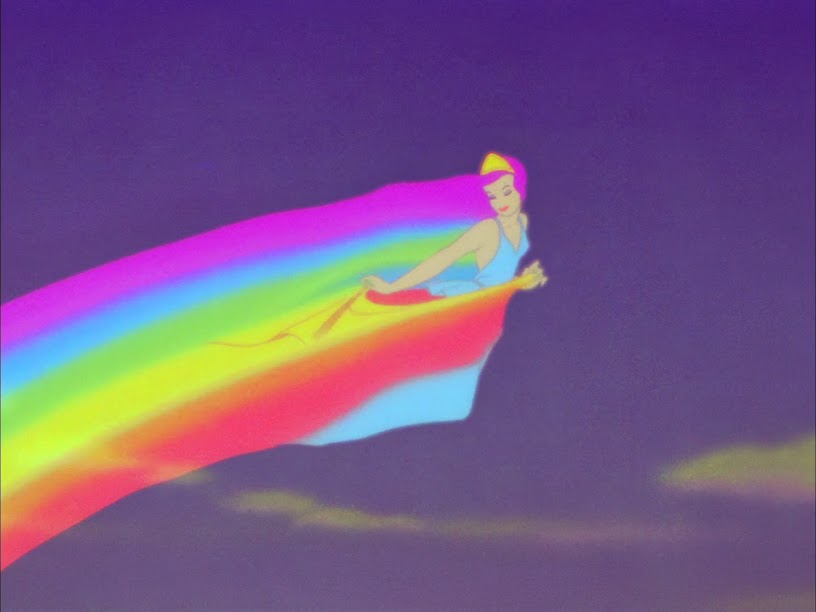 Screenshots from the Pastoral scene of Fantasia, originally released in 1940

In the Judeo-Christian tradition, the rainbow appears to Noah after the Flood as a sign of the covenant, or agreement, between humankind and God. More specifically, it symbolizes God’s promise not to destroy life on Earth with a flood again, as long as Noah’s children follow God’s laws. 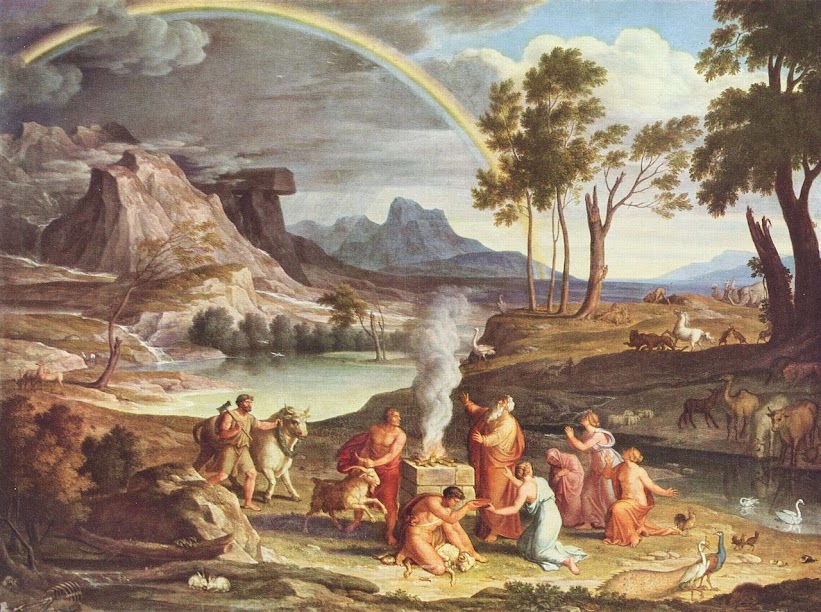 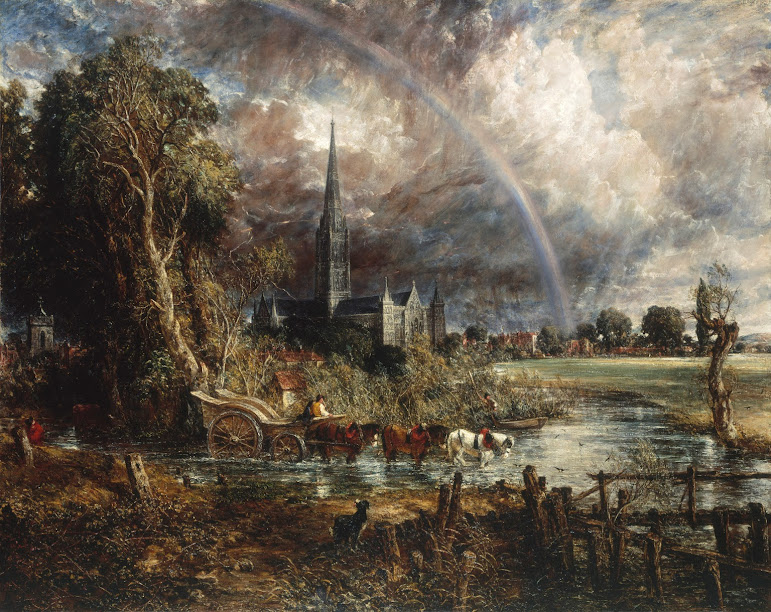 Sometimes these traditions seem to be mixed, as in Brumidi’s Apotheosis of George Washington. “Apotheosis” literally means to “make into a god,” so the painting depicts George Washington being taken up to heaven as a god. How does he go up? On a rainbow: 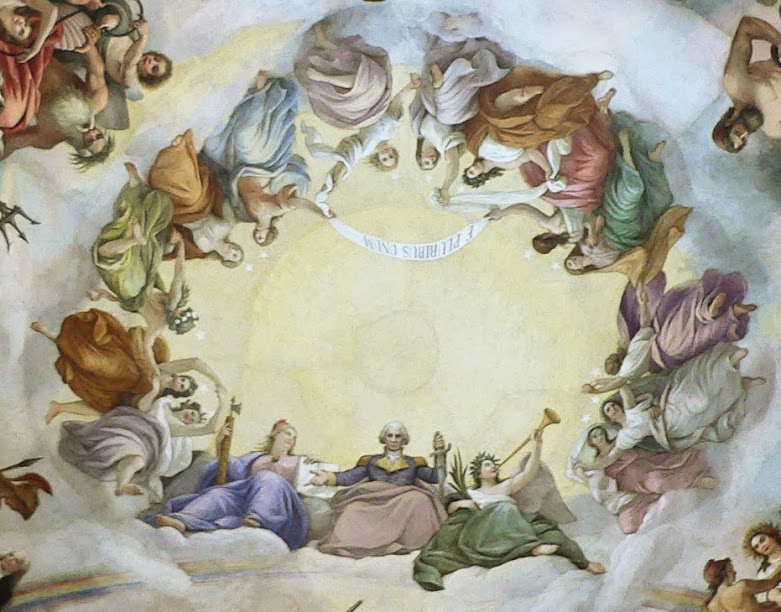 So if you come across a rainbow in relation with European or North American cultures, chances are it represents the Bifröst bridge, Iris the Ancient Greek messenger of the gods, the agreement between God and humankind, or possibly a mix of those. In all such cases, the rainbow connects the Earth with the heavens, the human with the divine.