Some visual artists strive to please the eye, while others specialize in tricking it. Yet others manage to do both at the same time, as French photographer Fanette Guilloud, who uses no computer tricks or superposition of images — only spray paint and her camera — to produce stunning forms of geometric impossibility: 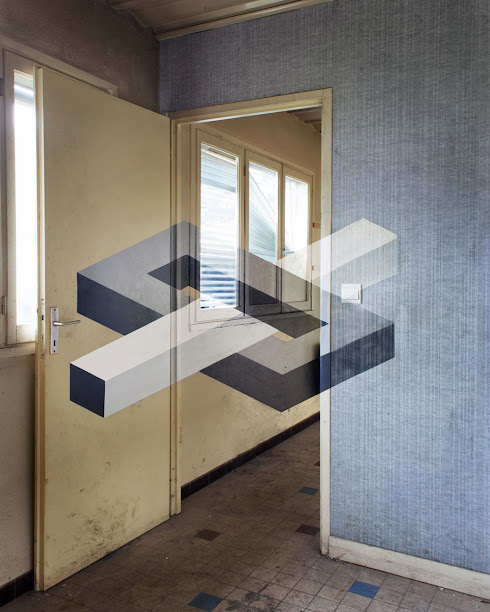 One source of inspiration for her images is the work of Swedish graphic artist Oscar Reutersvard (1915-2002), who is usually considered to be the first to explore impossible forms, himself inspired by Japanese and parallel perspectives. He produced over 2,000 images, among which are impossible figures and windows such as these: 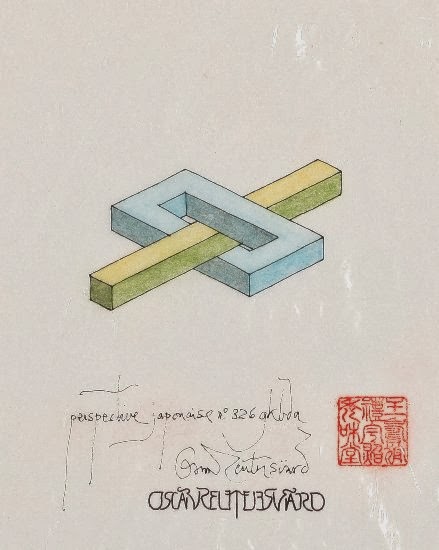 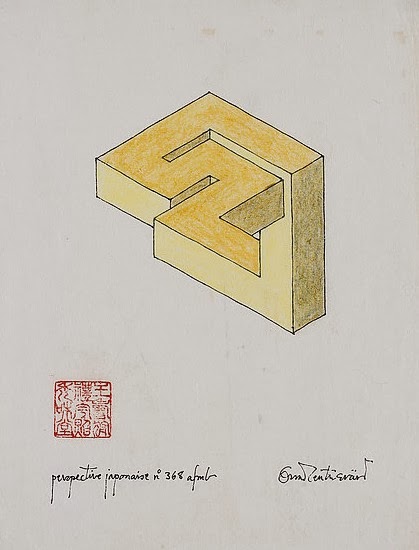 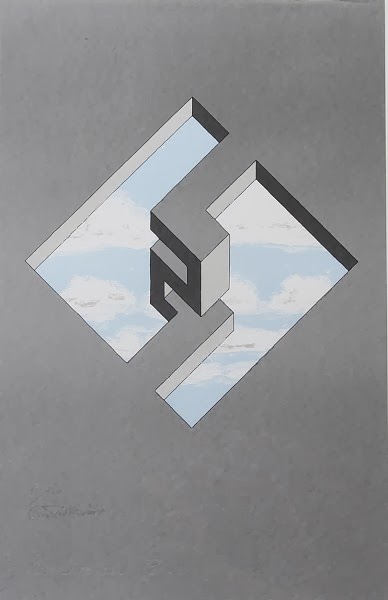 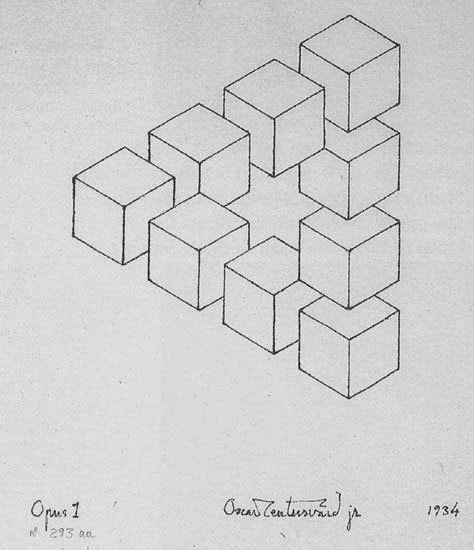 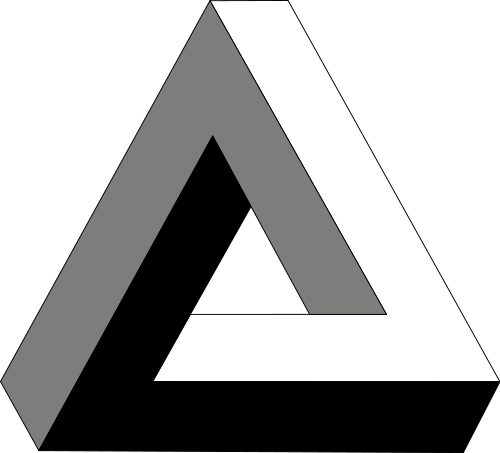 The stairs are impossible in the sense that they are always going down clockwise, but still come back to the same level: 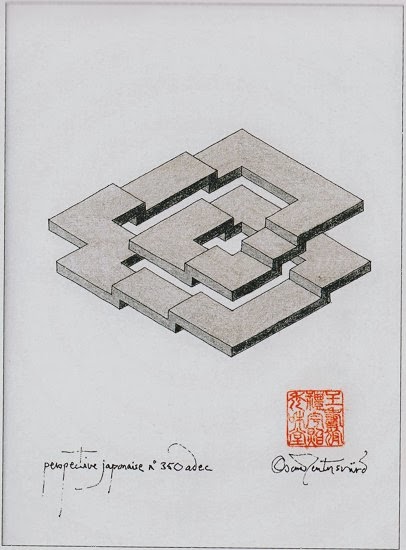 The Penrose Stairs, by the way, featured recently in Christopher Nolan’s Inception (2010): 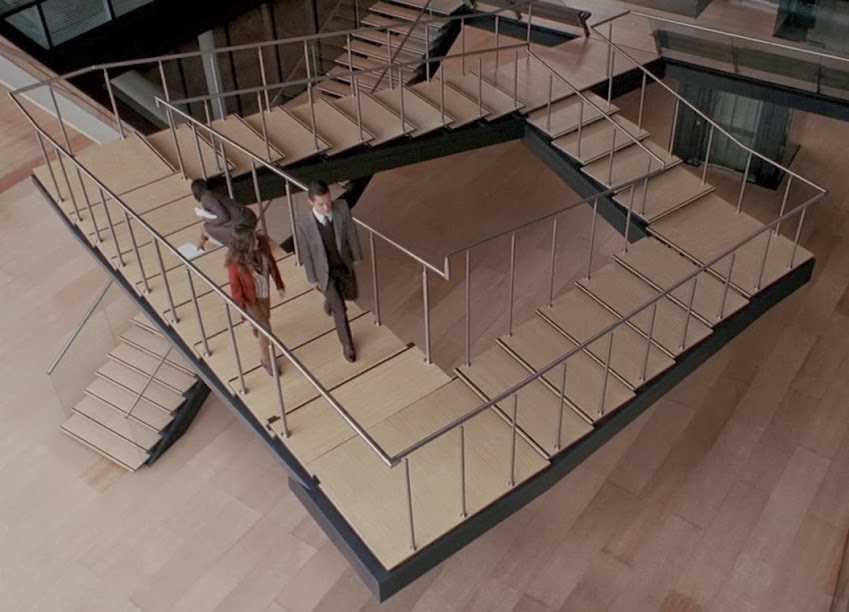 As for the Penrose Triangle, it is another major source of inspiration for Fanette Guilloud: 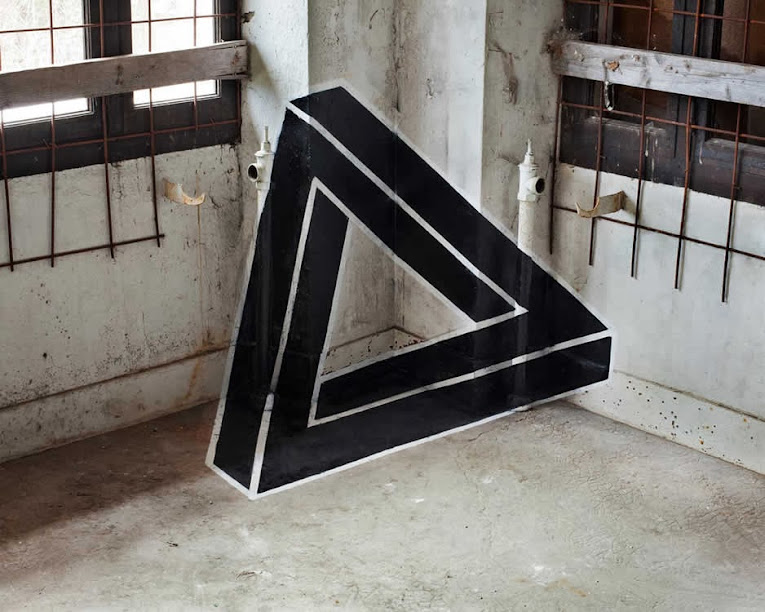 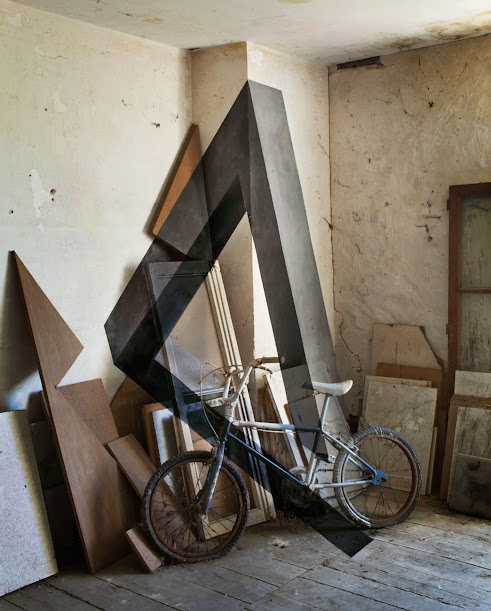 As are other geometrically impossible Penrose-derived shapes: 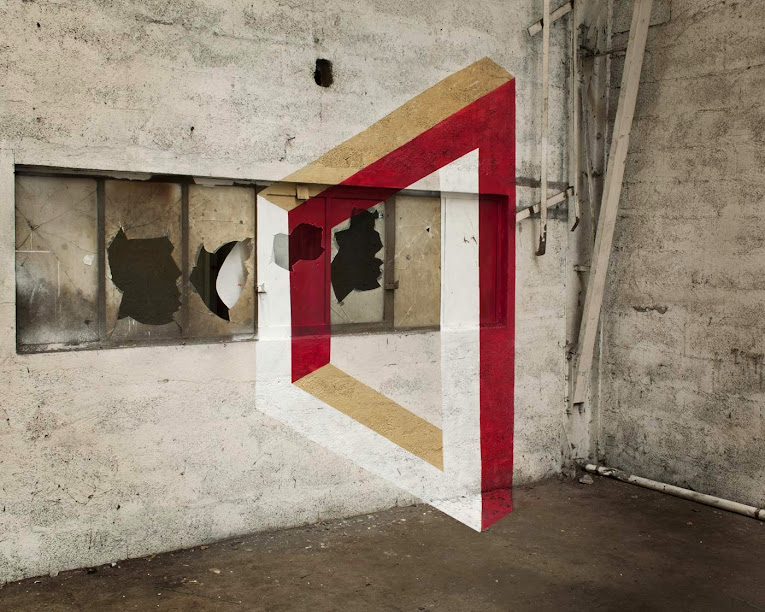 Who knew impossible could be so beautiful?