The idea of artificial creatures that can do things by themselves is very old, and it can be found in many cultures around the world. The word “robot” itself, however, has very specific origins, which are earlier than Isaac Asimov’s 1950 novel I, Robot. 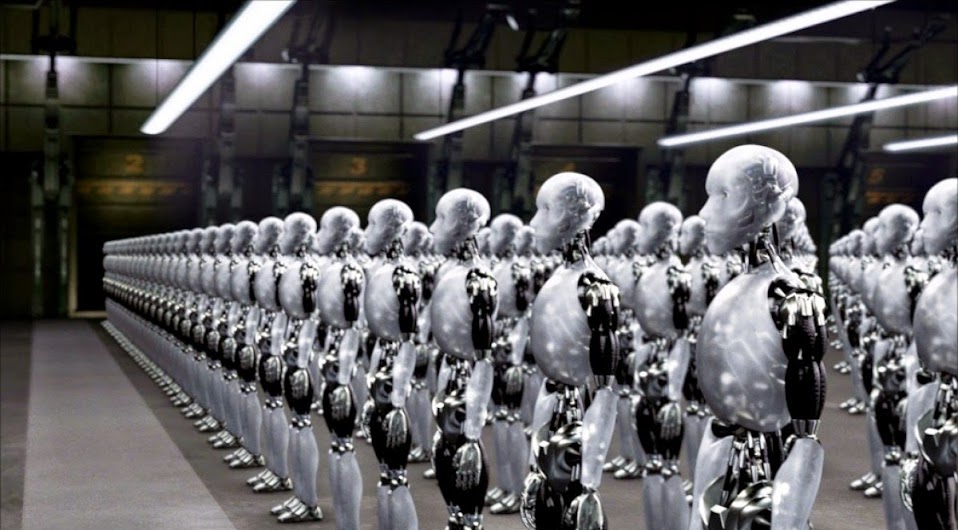 Screenshot from the 2004 movie adaptation of I, Robot, directed by Alex Proyas

The word “robot” was created in the Czech language in 1920, for a highly influential science-fiction play entitled R.U.R. : Rossum’s Universal Robots.

The play was written by Czech author Karel Čapek, who needed a new word to refer to the artificial creatures in his story. His brother Josef, a painter and writer, is the one who created the word “robot,” based on the word “robota.” In the Czech language “robota” means “unpaid work” and is related to the word that means “slave.” 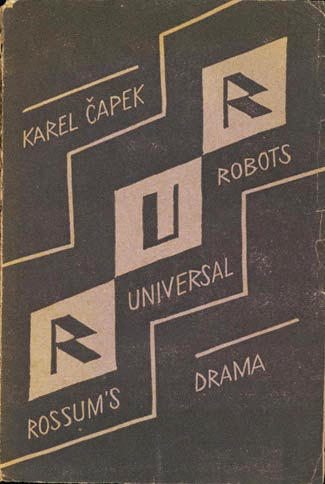 In the play, R.U.R is a company that invents biological machines called robots, which quickly become a necessary part of society as they work and produce things for free. The robots cannot feel or think at first, but then the company gives them a form of intelligence to make them more useful. Ten years later, the robots organize a revolution and destroy humanity. In the end, two robots discover feelings and become the new humans.

Parts of this sound familiar? This 1920 story has inspired a huge number of science-fiction works, from I-Robot to The Terminator, and the questions these stories raise about the social and economic consequences of intelligent machines are becoming more relevant every year.

So next time you hear or read the word “robot,” think about its 1920 origins in the Czech language, from the words meaning “unpaid work” and “slave.”