In the West the God of Love is most often depicted as a winged boy with a bow, sometimes blindfolded. Here is a good example, at the very top of one of Botticelli’s most symbolically complex works: 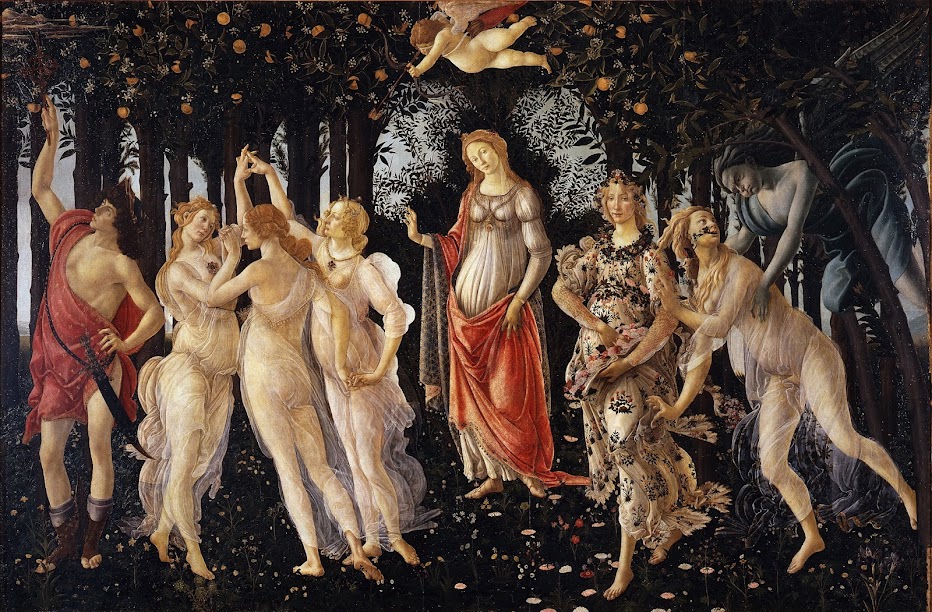 The Greeks called him “Eros,” which means “intimate love,” but their version of his story as one of the first gods has been replaced by the Roman version, which describes the God of Love as a little boy, the son of Venus, the Roman Goddess of Love. Renaissance artists used his Roman form for inspiration, and he continues to be represented that way today: 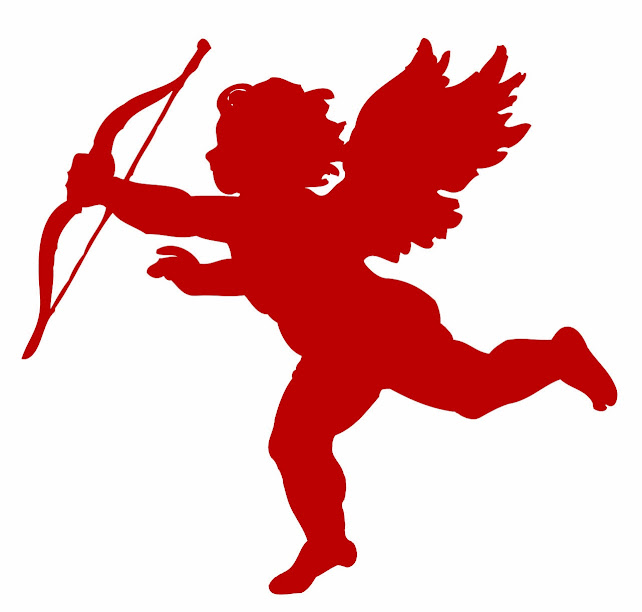 The Romans called him “Cupid,” which means “desire,” and gave him the nickname “Amor,” the Latin word for Love. Each one of his characteristics or attributes reveals one aspect of love and can be seen either as positive or negative.

Cupid’s most important attribute is his bow and arrows. He always has arrows made of gold, and sometimes also arrows made of lead. If he shoots someone in the heart with a golden arrow, that person will fall in love with the first one they see. That is the origin of the arrow-through-the-heart symbol, meaning someone is in love: 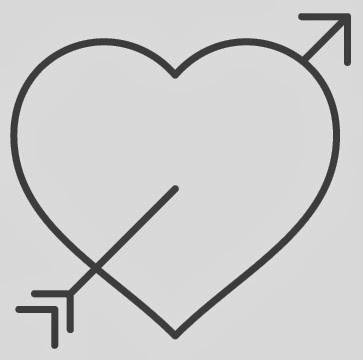 If Cupid shoots someone with a leaden arrow, then that person will never be in love with the one they see after being shot. Here is Cupid up to no good, with his bow and both kinds of arrow on the floor: 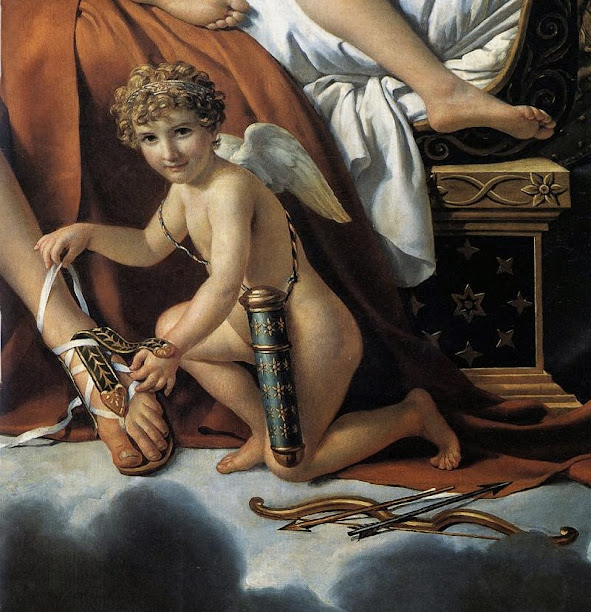 While some think the arrows represent the fact that love hurts, they can also be seen as the symbol of the pangs one feels when falling in love.

But why is Cupid a little boy? Because, like most boys, love is mischievous. Love plays with people’s hearts like a boy plays with his toys, without thinking of the consequences. 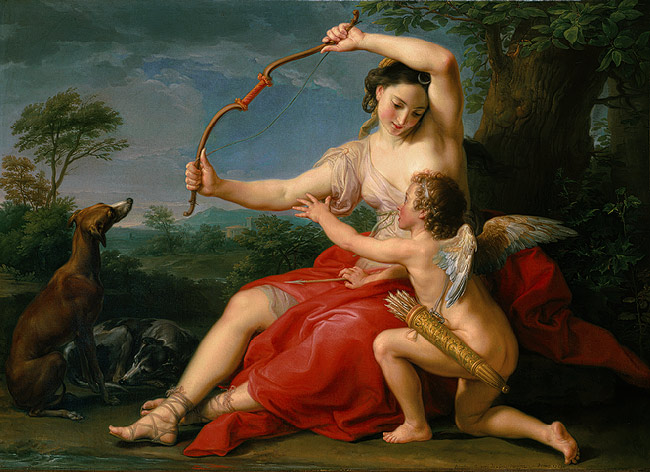 Cupid also always has wings. Is it because some lovers are like birds and quickly fly away? Or is it because love gives you wings? Again, that depends on your point of view, and your experience, but the wings are always there: 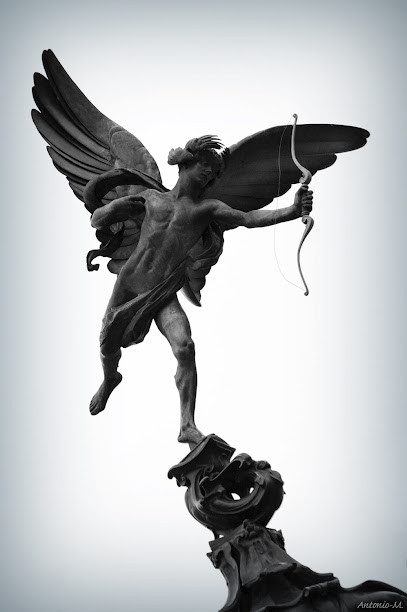 Cupid’s blindfold is also variously interpreted as positive or negative. For some, “love is blind” means that appearances don’t matter in true love. For others, the blindness means that people in love don’t know what they’re doing, or that love is careless and uncontrolled. 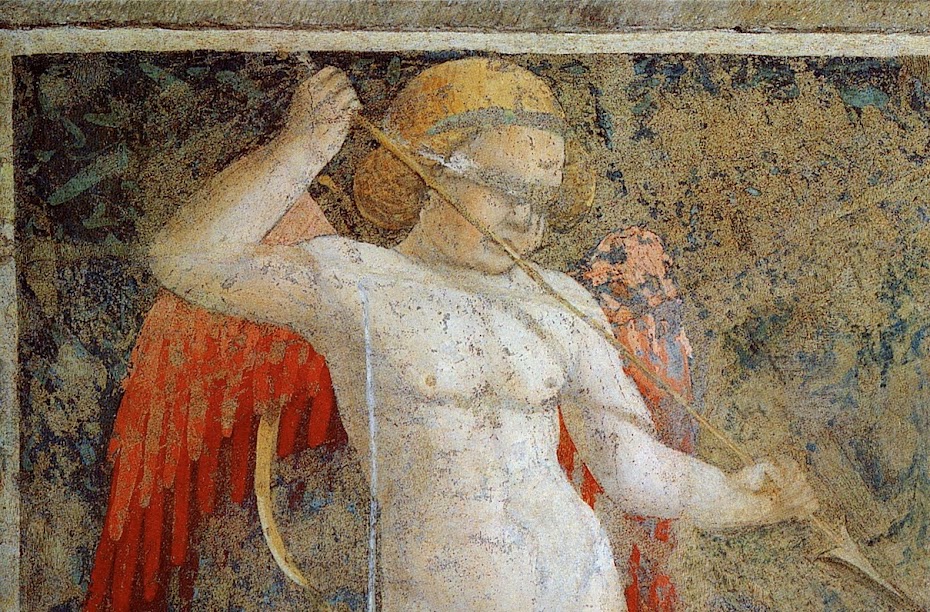 In the end, Cupid has all those characteristics because love is often thought to be irrational, painful, blind, playful, uplifting, and a lot more depending on how you see it.

The point is that Cupid represents love in all its forms, with all its complexities and contradictions.