Why Art Stopped Being Beautiful

Who hasn’t heard someone say they don’t like modern art because they think “it’s ugly”?

Despite the subjectivity of the statement, there is some truth in it. Not all, but some of the art produced in the first three decades of the 20th century is indeed characterized by a great shift away from what is traditionally considered beautiful. What matters is no longer the work of art itself, but the process that leads to the work of art, and the questions raised by the process. The best example has to be Marcel Duchamp’s 1917 Fountain, a signed urinal meant to challenge what art is and does: 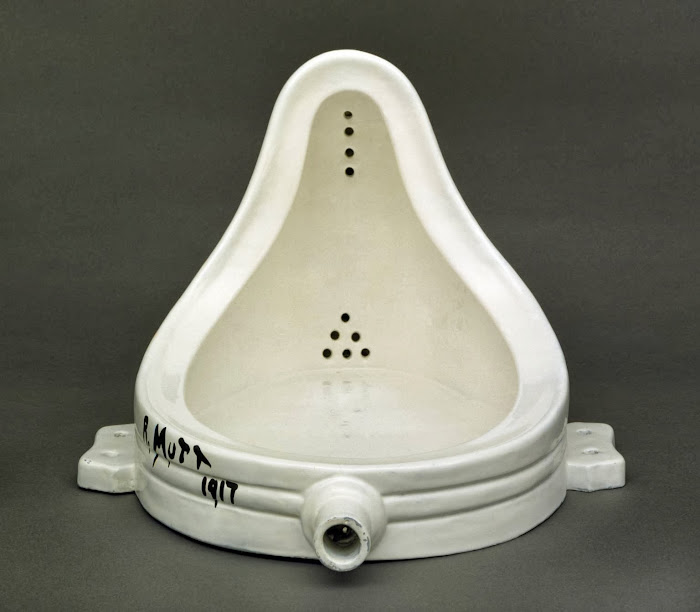 This movement away from beauty is a deliberate choice, of course, so the question is: why did western art stop trying to be beautiful?

Think about the period that goes from the late 1850s to the late 1910s. About sixty years. Roughly one lifetime, give or take. Think about what happened in that lifetime.

By the 1850s, the Industrial Revolution is over. It has brought profound social and economic changes, not to mention noise and pollution on an unprecedented scale.

Belief in God is seriously challenged by Darwin’s On the Origin of Species (1859) and The Descent of Man (1871), which outline his theory of evolution and challenge the traditional understanding of humankind and living organisms in general.

Between 1905 and 1917, Einstein publishes articles that revolutionize physics and the understanding of the nature of light, time, space, and gravity.

Starting in 1895, Freud publishes ground-breaking studies that dramatically change the way we think about the human mind, through concepts such as the unconscious and the interpretation of dreams.

Both the universe and humankind become a lot more complex, and a lot more difficult to understand. If this wasn’t unsettling enough, we also have World War I. Total war for the first time in history. 70 million people affected, 9 million dead.

How could artists continue to paint cute little angels fluttering in the clouds? Actually, they stop painting little angels long before the 1900s, but the point is that modern art both reflects and asks challenging questions, in relation with challenging times.

There are positive changes in the period, of course, in medicine and communications, for instance, but in those 60 years, western society has changed so much, so fast, with such devastating consequences, that the old ways of understanding and dealing with the world seem to have failed.

Art can no longer be the same. For some, the traditional forms are no longer relevant and must be replaced by new ones that can deal with the modern world. Hence the shift away from the rules established in the Renaissance and away from the goal of producing works of traditional beauty.