Man Ray, the American photographer and visual artist who spent most of his life in Paris, was a great admirer of Ingres, a 19th-century French painter famous for history paintings, portraits, and female backs: 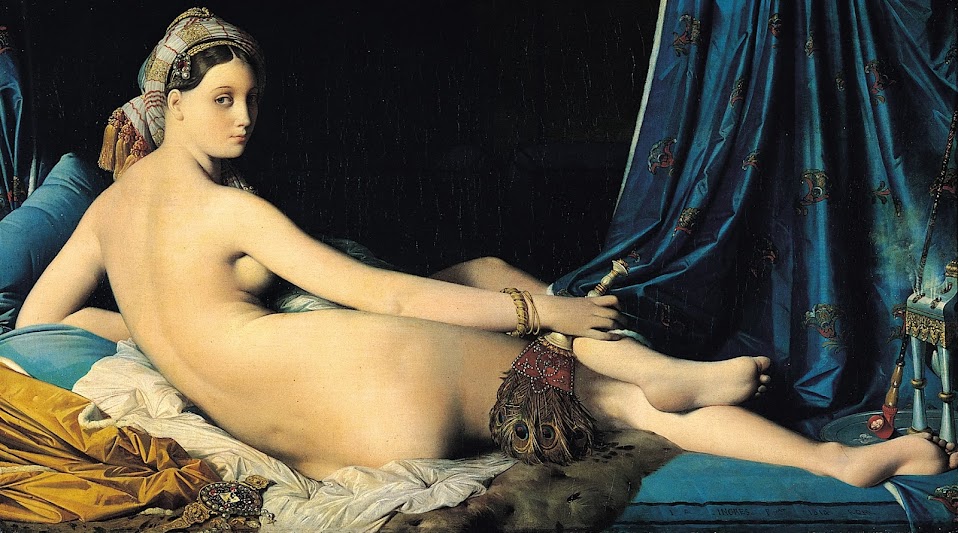 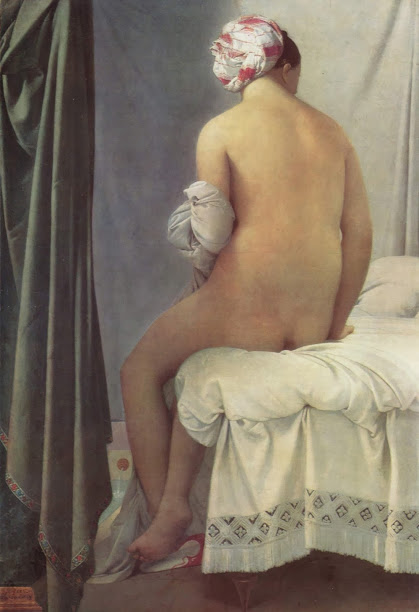 Ingres had a passion for music and for playing the violin, which is the origin of the French phrase “Ingres’s violin.” The phrase refers to a passion someone has outside of their profession, to their favorite hobby.

What do you get when you put Ingres, the female back, the violin and passion together? Man Ray’s Ingres’s Violin: 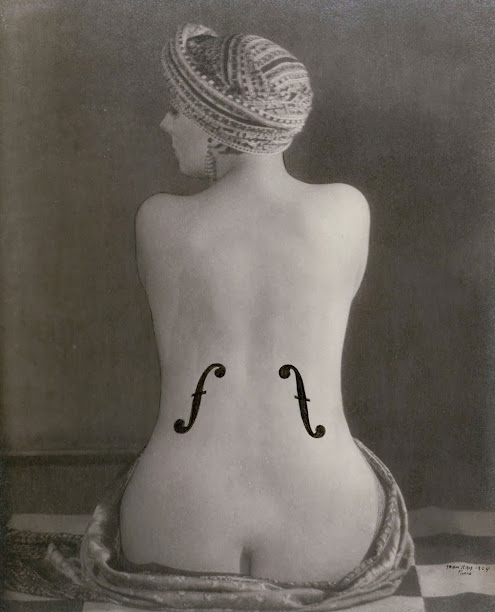 Man Ray’s inked photograph is a visual pun, of course, but what does that make the model? Given that she had been in a relationship with Man Ray since 1921, it is safe to say that the photograph suggests she was at the time his Ingres’s violin, his passion.

The model, by the way, is Kiki de Montparnasse, whose real name was Alice Prin. In the 1920s she was the most famous singer and dancer of the Montparnasse area, which had replaced Montmartre as the heart of artistic life in Paris. Here she is, photographed again by Man Ray in the 1920s: 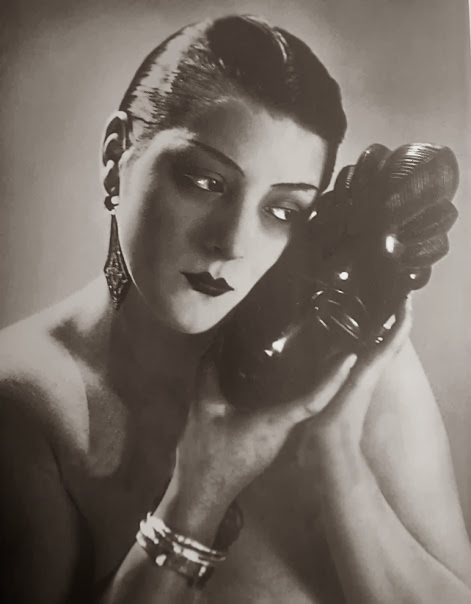 In the end, Man Ray’s admiration for Ingres lasted longer than his relationship with Kiki, but the combination of the two passions inspired what is perhaps his most famous image and playful tribute, his Ingres’s Violin.