The Origin of Candidates

The free citizens of Ancient Rome wore a “toga,” which is a large piece of wool draped over the body. There were different togas for different occasions, and one of them is the origin of the word “candidate.” 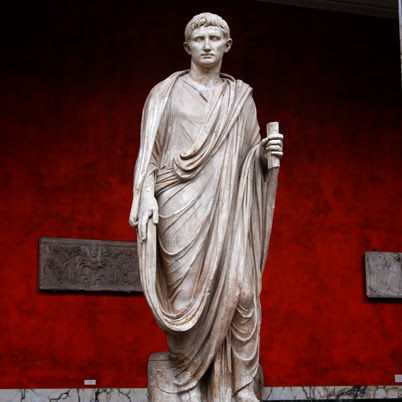 The basic toga for free adult citizens was beige, the natural color of wool.

However, when citizens were running for election to public office, they wore a special toga that was bright white, to symbolize purity and honesty, and to show everyone that they were participating in the election.

This white toga was called “toga candida,” from the Latin word “candidus,” which means “bright white.” Someone wearing the toga candida was a “candidatus,” meaning someone “dressed in white.”

“Candidatus” logically came to mean “someone running for election to public office,” and the word has been used with the same meaning in many western languages for over two thousand years, even though candidates don’t wear a bright white toga anymore.