Where Panic Comes From

You know the feeling you get when you’re walking in the woods at night and there’s a sudden cracking noise somewhere? The Ancient Greeks experienced it too. For them this kind of noise was made by the god of woods and wild places – the great god Pan. 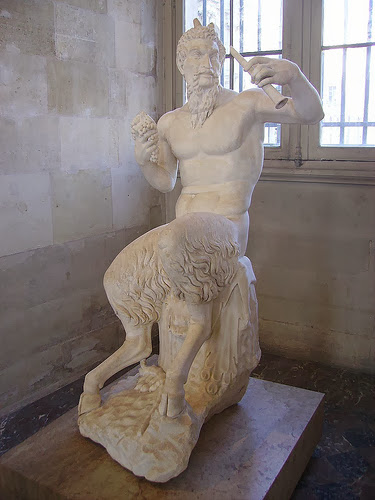 Pan had other attributes as a god, but he was so closely associated with causing a sudden feeling of fear in people that his name became the basis of the word for that feeling, panic. The word has had the same meaning for over two thousand years and has come to us from Ancient Greek, via Latin and French.

While panic is usually associated with a loss of control, it can also be helpful, at least according to legend.

The original Marathon runner, for instance, was said to have run so far so fast not just because he was in a hurry, but also because Pan gave him a fright along the way.