While language and art have been united by calligraphy for centuries in the East, they were kept apart in the West until only about a hundred years ago. When words and art finally connected in the West, they did not become one. They questioned each other. 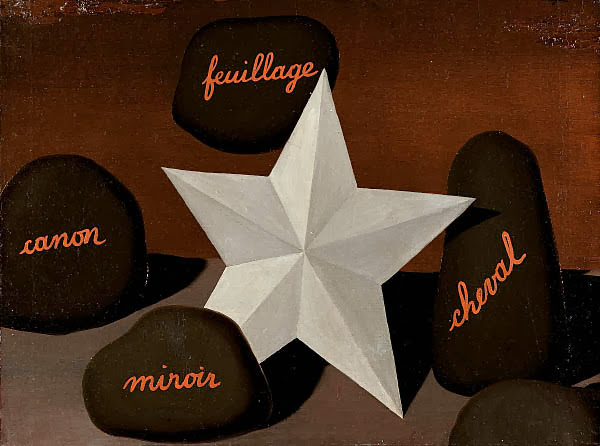 Before the 1900s, language was only used in western visual arts to give basic information. The name of the artist, the title and date of the work, the name of a person in a portrait, or of a religious figure in religious art.

At the beginning of the 20th century, however, the profound changes of the previous hundred years resulted in new art movements, some of which gave language a new function. Words started to participate in the work of art itself, to question it, and in some cases eventually replaced it entirely.

In Magritte’s Clashing Universals, four words are painted on rocks around a star and none of them is the word “star,” or the word “rock.” This questions the relationship between objects, the images or paintings that represent these objects, and the words we use to refer to them.

Magritte often raised this question in his works. Here in The Key to Dreams (1930), in which the words do not match the images above them: 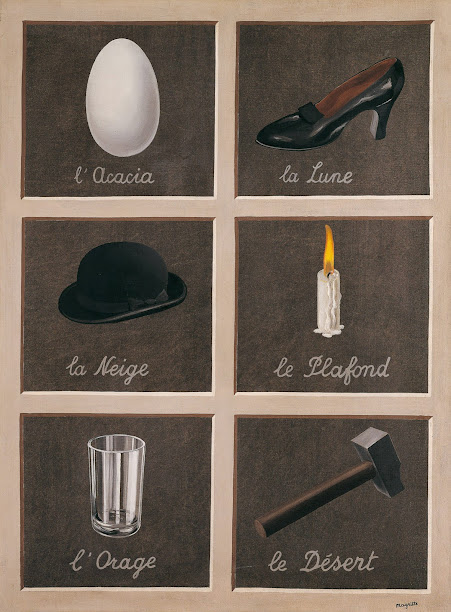 And here in one of his best-known works, the title of which is not This is Not a Pipe, but The Treachery of Images: 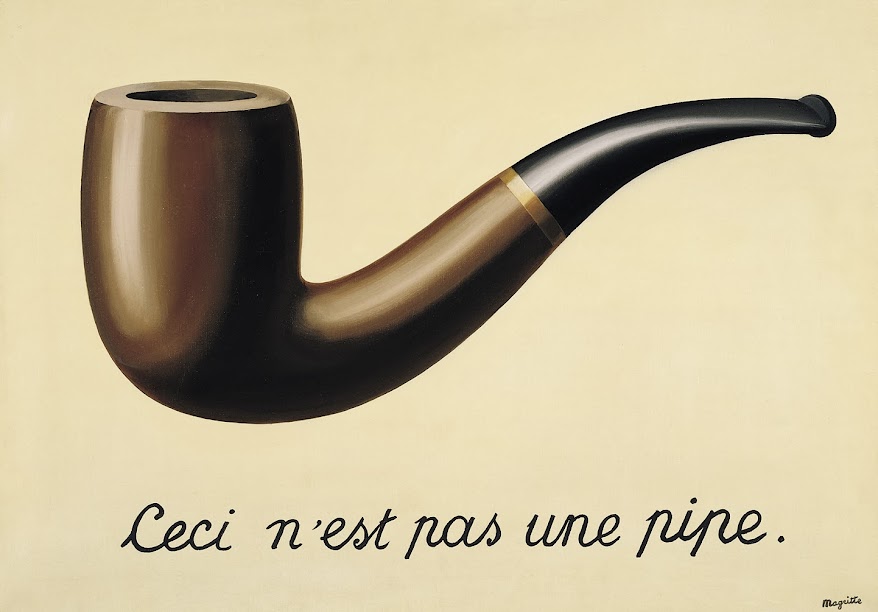 As the title makes clear, the main point is that visual arts betray the objects they represent. A painting is not the same thing as what it represents. It is just a flat representation, no matter how realistic it looks, and words are equally separated from what they refer to.

Jasper Johns later used a similar device to challenge the use of color in his paintings. Take a look at the way the words refer to one color but are painted a different color on a patch of yet another color that does not match: 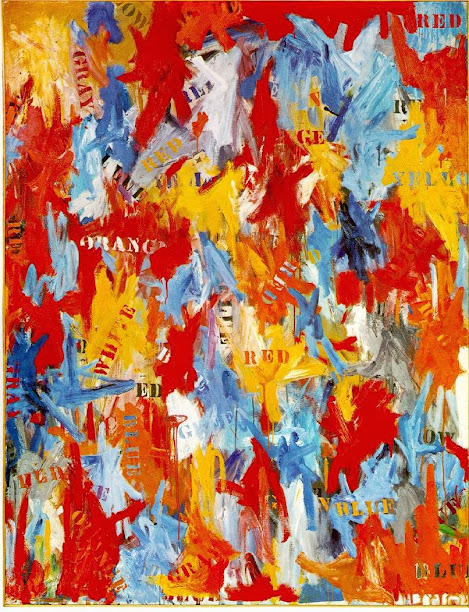 And here, well, same point, but only using black and white paint: 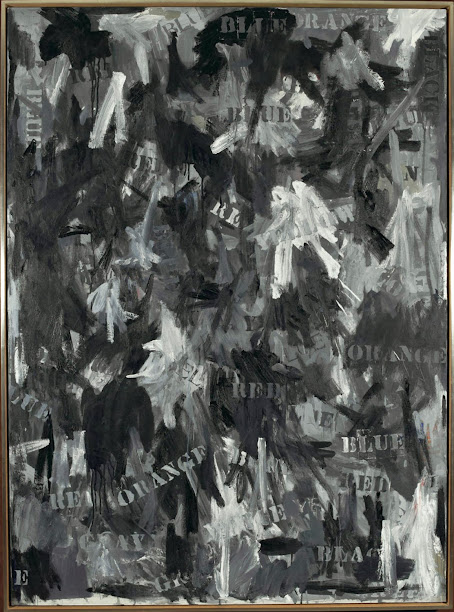 The most extreme form of this questioning of the nature of art and language is perhaps found in the work of conceptual artist Lawrence Weiner, starting in the 1960s and still evolving today. In his work, there are only words, often about what makes a painting or a work of art, and nothing else. Here are some examples, which are not really fixed in time or place as traditional works of art are: 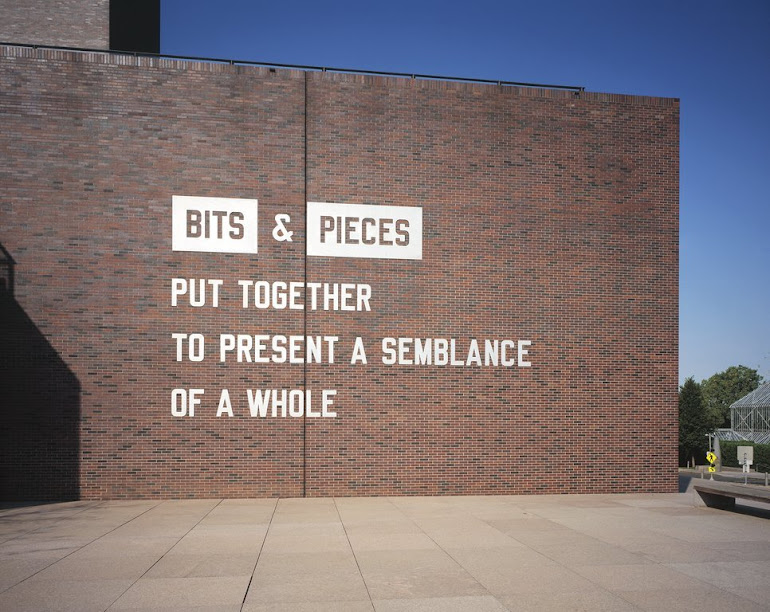 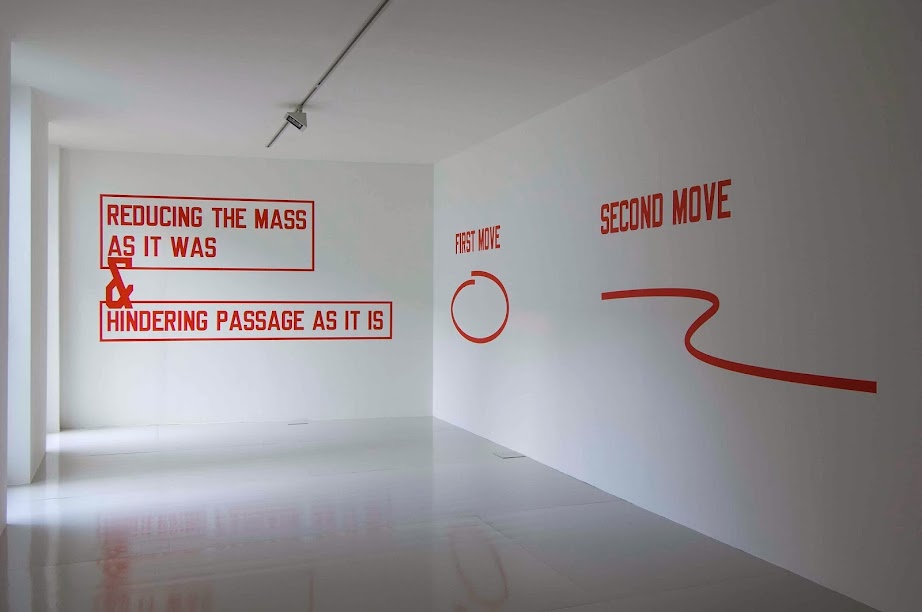 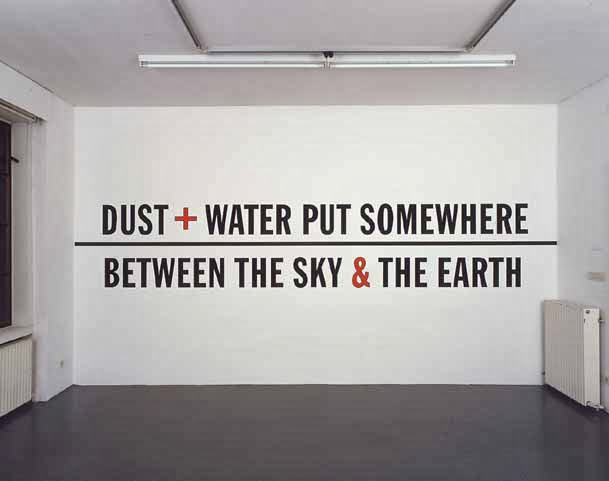 From Magritte to Weiner, such use of language is one of the main characteristics of 20th century western art. Used to question the nature of images, to replace them, or to comment on the work of the artist, words challenged the conventions of traditional art and offered new creative possibilities.

Were artists always happy with the results? Apparently not: 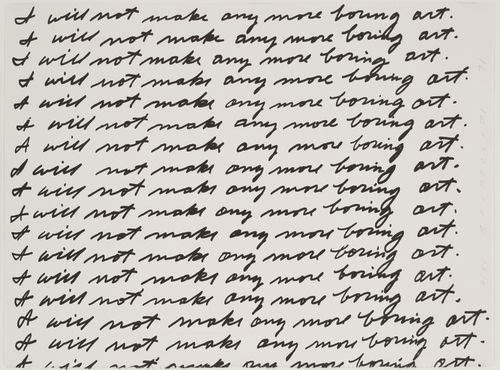 John Baldessari, I will Not Make Any More Boring Art (1971), Museum of Modern Art, New York